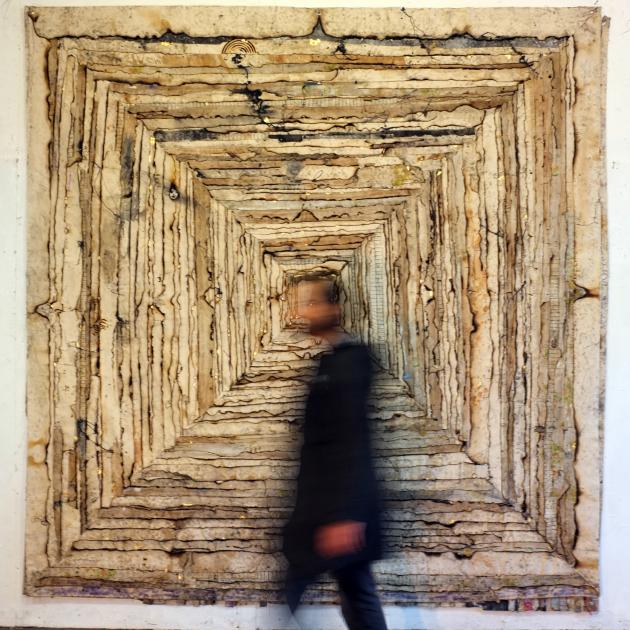 James Robinson's In and Out art work. PHOTO: SUPPLIED
Nine Dunedin artists have made the shortlist of one of New Zealand's premier national art prizes.

They were selected from 472 entries to join a shortlist of 70 others who were in the running to win the Parkin Drawing Prize worth $20,000, or one of 10 highly commended prizes of $500.

The winners will be announced on August 5.

Of those, Mr Fox and Ms Strauss each had two of their works selected.

They will be kept on display in an exhibition at the New Zealand Academy of Fine Arts in Wellington from August 6 to September 8.