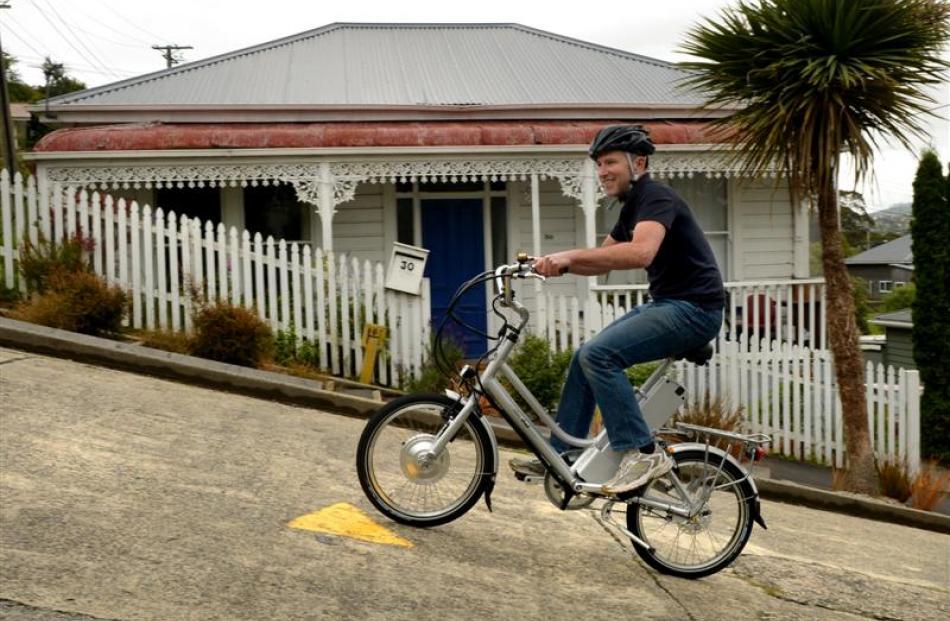 Even though the climb by AvantiPlus bike mechanic Mac Robertson (50) was aided by an electric motor, Chinese travellers clapped as he motored up Baldwin St.

The torque from the electric drive on the eZee bike started the front-wheel spinning half-way up the street, making Mr Robertson stand up and pedal to put weight over the front wheel and gain enough traction to complete the feat.

Mr Robertson said he had demonstrated the bike to ''six bigwigs'' at the Dunedin City Council earlier this year.

But councils in Palmerston North, Hamilton, New Plymouth and Auckland all had fleets of the electric bikes for deliveries and inspections.

The bike fleet allowed the council in New Plymouth to get rid of five cars, he said.

Motorists would also find it easier to accept a fine from an officer on an electric bike than on a motorcycle, he said.

On the bike, he reached speeds of 28kmh on flat land using the electric motor and pedal power.

Electric bikes would be an important part of the future transport mix in Dunedin but safety was an issue. More bike-friendly lanes were needed in Dunedin to encourage cyclists, he said.