End of era in transport 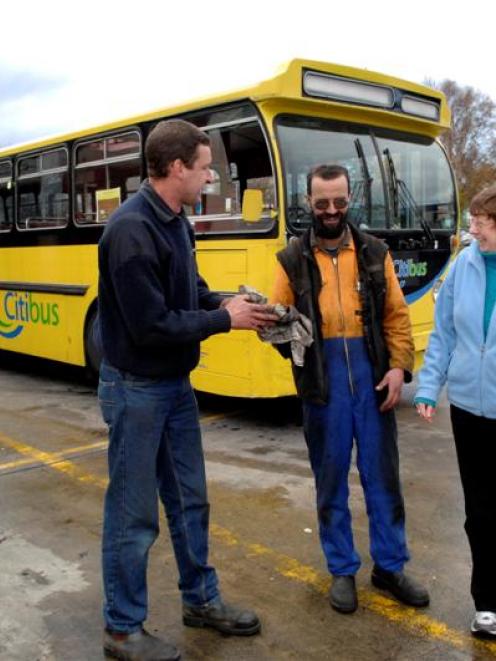 English-manufactured Leyland buses have operated in the city for nearly 90 years, and Otago Road Services Ltd continues to use two other Leyland Leopard buses on school routes.

Citibus, which was previously owned by the Dunedin City Council through its holding company, Dunedin City Holdings Ltd, was recently sold to Invercargill Passenger Transport Ltd.

The last of the Citibus Leyland buses, No 194, was previously bought by Philip Riley, chairman of the recently-established Otago Heritage Bus Society Inc, and was yesterday driven from the depot to a new temporary home at the Dunedin Gasworks Museum.

Watching the last of the Leylands go, a Citibus mechanic, Mike Jeffery (41), said Leyland Leopards had been the mainstay of the city's public transport bus fleet in the city, with more than 20 operating, when he had done his apprenticeship in the city about 20 years ago.

The establishment of the heritage society earlier this year had been a positive move for the preservation of the city's heritage buses, she said.

Society organisers said they planned to fully restore the Leyland and to use it for special occasions, and were also seeking a permanent covered storage area for the vehicle to protect it from the elements.