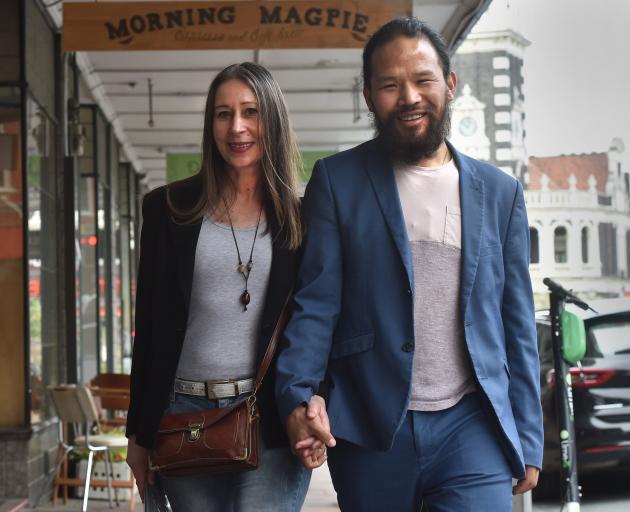 However, Paul Gourlie, the immediate past president of the Dunedin Multi-Ethnic Council, is still unhappy with how Immigration New Zealand (INZ) has handled their case.

Mr Gourlie is also keen for INZ to re-establish an office in Dunedin.

There had been a perceived need for checks in this case, but immigration officials had taken an inflexible approach after making the checks, he said.

Even if there were suspicions about some newcomers "we still have a responsibility to treat them with dignity", but this seemed lacking in this case.

The Tserings were "a legitimately married couple with exemplary referees" who were working and needed help, rather than to face more obstacles.

The Tserings - who married in 2016, two weeks after they first met - had earlier lived for months under the threat of Mr Tsering (who was born in Tibet) being deported after INZ officials queried if their relationship was real.

It seems that a residency visa may soon be issued for Mr Tsering, enabling him to undertake a six-month construction certificate training course at Otago Polytechnic.

However, Mrs Tsering must first obtain a statement from police in China, where she lived for 12 years until three years ago, to meet the good character condition to support a partner immigration application.

She has had trouble obtaining the information, and hopes to make a statutory declaration instead.

INZ manager operations support Michael Carley said that after the INZ staff visit in 2017, INZ had apologised to Mrs Tsering "if the experience had brought reminders of traumatic experiences she had" when she lived in China.

The couple had had lengthy and, at times, complex dealings over Mr Tsering's visa applications, he said.

Visa applications could be stressful for applicants and their families.

"However, INZ must assess all visa applications against immigration instructions and ensure they met the necessary criteria."