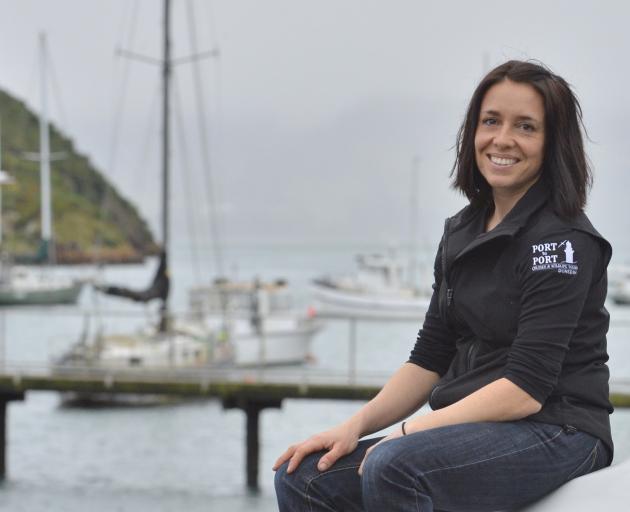 Rachel McGregor. Photo: Gerard O'Brien
Beachgoers and sunbathers may have noticed some unusual tidal action on Otago’s coastline over the past three days as Cyclone Cody and the Hunga-Tonga-Hunga-Ha’apai volcano eruption disturbed the surrounding ocean.

Port Otago’s tidal graph usually shows a smooth curving line for the tides in each of its measuring areas.

However, for the past few days, the curves have had short, sharp ups and downs, meaning the tide had been erratically surging in and out.

Port to Port Cruises and Wildlife Tours owner-operator Rachel McGregor said she had noticed a strange chop in the water surface.

‘‘When you’ve got these surges coming through, you can actually physically see them because the water will go from choppy to smooth all of a sudden.

‘‘Today, it’s showing short, sharp ups and downs as the tides go through their cycle, which look like small constant surges.

‘‘I remember seeing this strange tide pattern years ago when we experienced tsunami surges from the Japanese earthquake.’’ 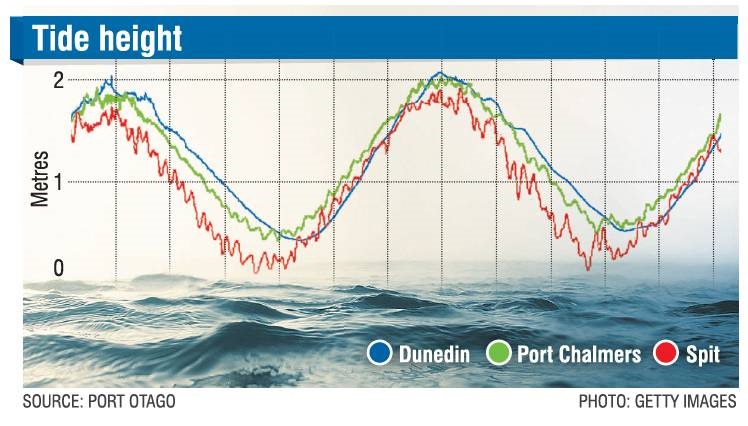 MetService meteorologist Luis Fernandes said Saturday’s ‘‘dramatic’’ Tongan volcanic eruption sent a shock wave speeding around the globe and was recorded by sensors as far away as Germany and the United Kingdom.

However, the shock wave had subsided and should not have been affecting New Zealand waters yesterday.

He believed the tidal surges were more likely to be caused by Cyclone Cody.

The weather system moved further east of New Zealand yesterday, and while it had spared the North Island the ‘‘full brunt’’ of the storm, it continued to have adverse effects for some areas.

Strong winds around the cyclone were generating large swells that were still reaching parts of the north and east coasts of New Zealand, he said.

‘‘Big swells have been affecting the northern coastline of the North Island since the start of the weekend with the wave buoy in the Bay of Islands measuring maximum wave heights of close to 7m, which is really significant for this usually sheltered area,’’

Cody passed East Cape yesterday and was expected to move southeast towards the Chatham Islands.

Today, the remains of Cody would move well away to the southeast and a more typical weather pattern would return to the country, Mr Fernandes said.

‘‘A cold front will sweep up the South Island, bringing a noticeable jolt to temperatures mid-week, as well as a bout of wet weather.

‘‘By the end of this week, high pressure is expected, and resultant settled weather will dominate over New Zealand.’’