A tour of Europe by a formerly Dunedin-based rap musician has shown her the importance of a polished performance and given her some musical direction.

Rona Wignall, aka Arcee, has returned from performing at a festival in Germany to an audience of 75,000 and a tour in Europe with two American rap artists.

Wignall was born in Manchester and moved to Dunedin in 2012 to study music at the University of Otago.

She graduated with a bachelor of music degree with first class honours, and released her debut album in Dunedin last year.

The 23-year-old said her experience at the counterculture music and arts Fusion Festival was a big step up from anything she had experienced before.

When she arrived in Germany at the end of June, she went straight to the festival.

She was impressed by how busy it was, but was told she was just looking at the 3000 crew; more than 70,000 concert-goers were to be added to the mix the next day.

The festival was held at an old airstrip where 12 hangars had each been turned into stages, one of which she performed in.

Her biggest concern was performing in front of a
German crowd, and how the language barrier might affect the response.

"All my raps are in English, but it was honestly the biggest reception.''

She said New Zealand crowds held back more than those in Europe.

"Every gig I did in Europe, the energy was crazy.''

Wignall said she took 30 CDs to sell and was expecting to sell very few because "we were nobodies'', but all sold quickly.

"The energy was awesome - completely different to New Zealand.

"Good different - I think New Zealand could learn a lot.''

She also opened for American rappers Bleubird and Ceschi on their European tour, describing them as "very polished; you could tell they had been doing it for 10 or 15 years''.

After working with them she planned to "up my game in terms of performance''.

"You could just tell they knew how to work a crowd.

"The level is just too low here, compared to them.

Wignall said she also learned the value of rap she had been doing with just a piano as backing, something that got "the biggest reception'' in Germany.

She said it was important to listen to what the audience wanted, and she planned to release a four-track piano EP early next year.

Wignall, who recently moved to Auckland, said she would perform in Dunedin next month. 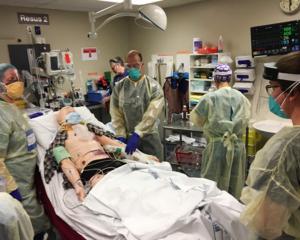 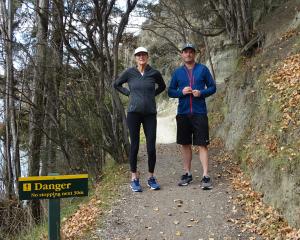