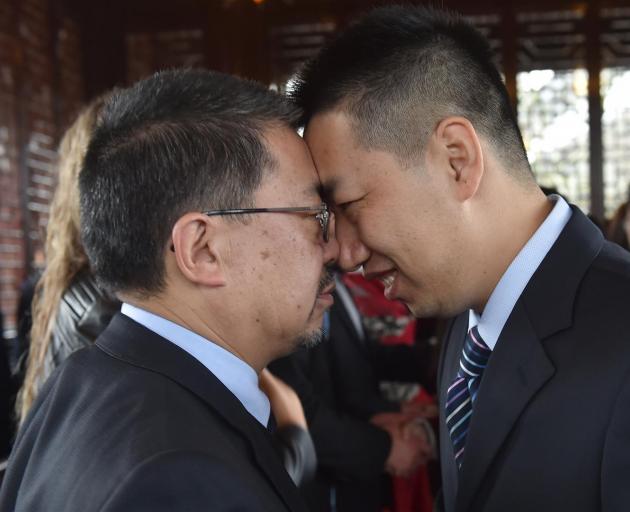 Dunedin Mayor Dave Cull said the garden reflected the continuing strength of the links between Dunedin and its Chinese Sister City Shanghai.

The programme is backed by the University of Otago and Otago
Polytechnic and has run for the past five years.

These scholarships reciprocated long-running support from the Mayor of Shanghai for students from Shanghai's sister cities, through which Dunedin students had been able to visit and learn more about Shanghai, Mr Cull said.

Dunedin Chinese Gardens Trust chairman Malcolm Wong said it had been a ``great honour'' for Mr Cull and the Shanghai Municipal Education Commission to have allowed the gardens trust to be involved with this year's scholarship programme.

Backed by a generous sponsor, the trust had run an essay competition to mark the 10th anniversary of the garden, also known as Lan Yuan, Mr Wong said.

The efforts of a team led by City of Literature director Nicky Page had ``made the whole process a breeze'', and key support also came from Dunedin City Libraries.