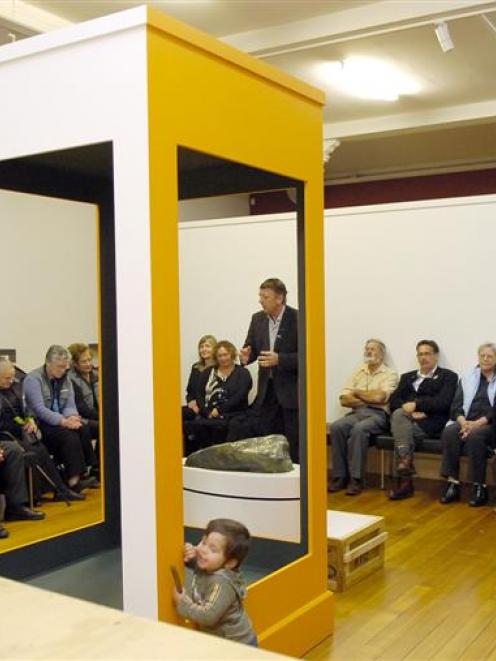 Blessings were given and waiata (songs) sung as about 60 people, including Maori kaumatua (elders) from Otago and Southland, greeted the 110 touring exhibits, in the Ngai Tahu cultural display.

This is the biggest Maori touring show to be hosted at the museum since Te Maori, which ran there for several months in late 1986 and early 1987, having earlier been seen by 620,000 people in the United States, and then by 920,000 people in New Zealand.

Before the 4pm welcome ceremony, the Mo Tatou taonga (treasures) had just arrived by truck from the Southland Museum and Art Gallery, where they had been displayed.

The show's name, Mo Tatou (For Us), is derived from tribal saying: "For us and our children after us".

The exhibition had initially appeared at Te Papa, and then was displayed at Canterbury Museum before moving to Invercargill.

Otago Museum Maori advisory committee chairman Matapura Ellison said that although most of the exhibition taonga still remained in their crates yesterday, he could already feel their ihi (energy).

"I just feel absolutely in awe of what I know is here," he said.

The free show will be open to the public from Saturday, December 4 until April 3 next year.

Mr Ellison is keen for as many Otago people as possible to see the exhibition, which, he says, is also helping bring all of Ngai Tahu's southern sub-tribal groupings together.

A further 20 artefacts from the museum's own collection will be displayed with the show.

Developed by Te Papa and the Ngai Tahu Iwi Steering Group, Mo Tatou is toured by Te Papa, and invites visitors to learn about Ngai Tahu's vision, including through, photographs, audio-visual displays and art.