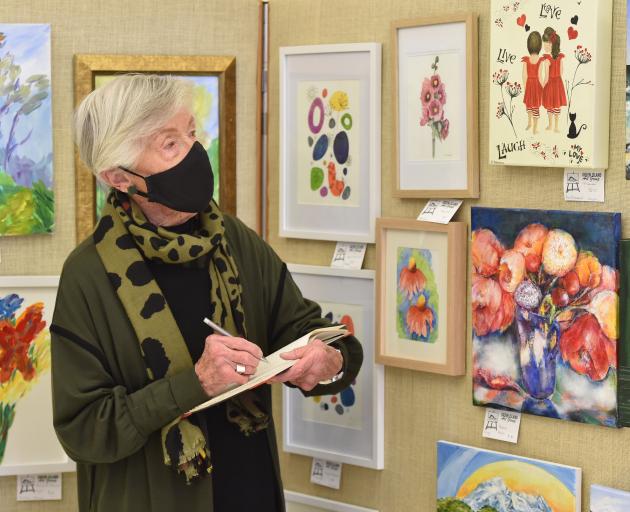 The Otago Art Society vice-patron has more than 60 years of experience in the local art community, which made her the perfect judge for the Green Island Art Group exhibition at the Meridian Mall yesterday.

Mrs Hardy said she had seen first-hand the value of local art groups, which were "so valuable" for budding artists to gain confidence and foster support for one another.

They were rich learning environments and there would be a lot less art in the world without them, she said.

She considered many factors while judging the competition, such as the composition, colour and what story was being told.

As an artist herself, she had a lot of experience with etching and watercolour paints, she said.

Group secretary Bev Brenssell said about 230 paintings were on display this year and each was available to buy at "very good" prices.

The artists loved being able to put their original works out into the community, she said.

"We can’t keep putting them in our wardrobes."

The competitive aspect was mostly just for fun and there were no prizes, aside from the honour and respect of their peers, she said.