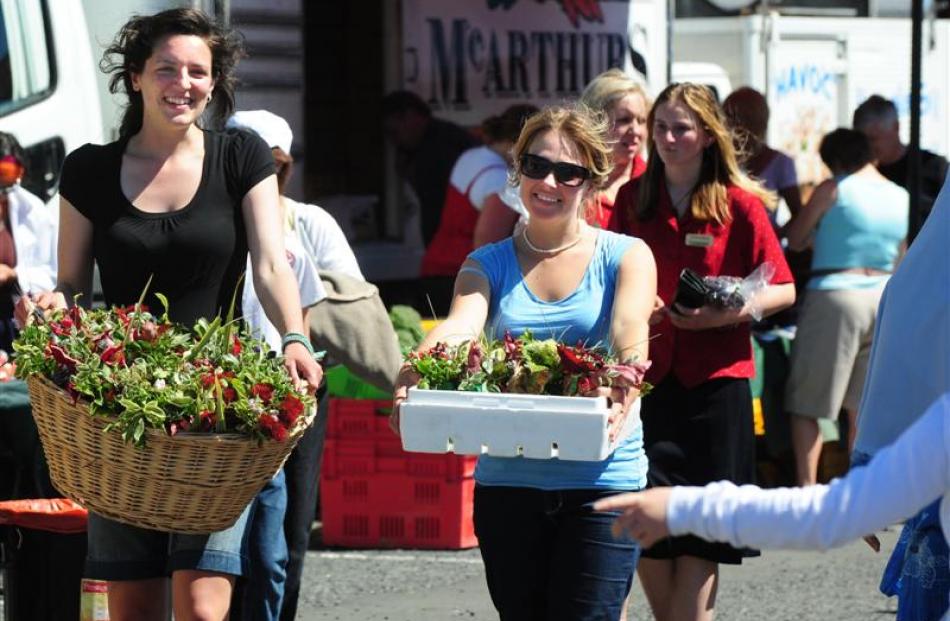 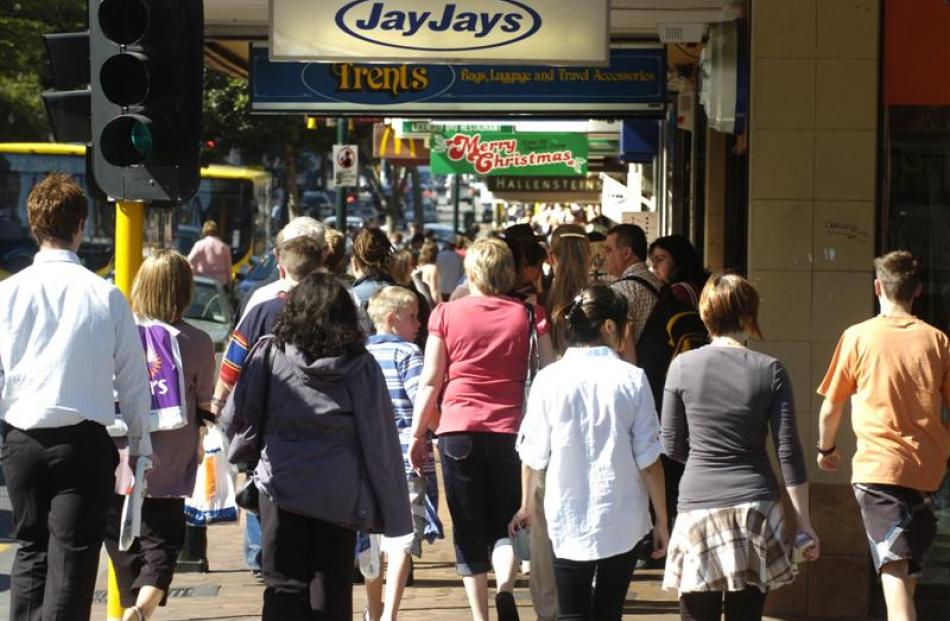 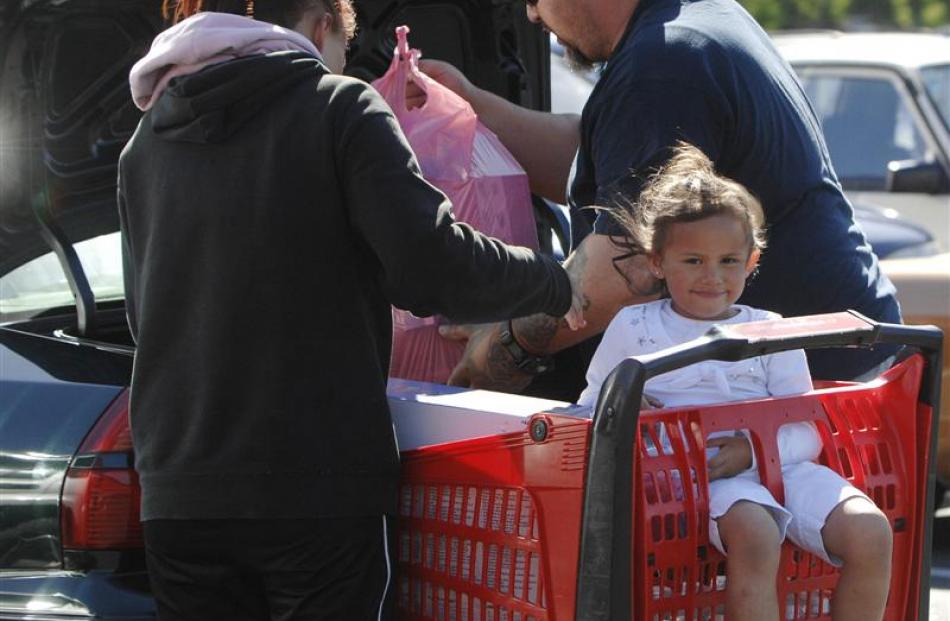 Terri Cuttriss (5) goes along for the ride as her sister Shanna (20) and father Clayton Cuttriss load the last of their shopping into the car outside The Warehouse in South Dunedin.

"It's a long drive home at night, but it's fun counting the cash."

Those words from a cheery, out-of-town raspberry and strawberry grower as he watched the last of his vanload disappear into the shopping baskets of Dunedin customers at yesterday's Otago Farmers Market.

One observer described the rush for strawberries, when the market opened, as like a rugby scrum.

About 65 vendors took advantage of a sunny afternoon to offer their usual range of produce, with seasonal variations.

At one stall, Oamaru new potatoes were selling well at $8.50 per 2kg box; at another, lettuces were $1.50; and Dawson cherries ranged from $12 a kg for export quality to $8 a kg for those with some rain damage.

Elsewhere in Dunedin, shops were relatively busy, but with no signs of staff being rushed off their feet.

Otago transactions in the first three weeks of December amounted to $138,154,944.64, down 2.5% on the corresponding period last year - the biggest drop of any region in the country.