Mandy Mayhem-Bullock
Consistency was key for most Dunedin City Council community board races.

There were few changes to most of the boards, although two incumbents did not make the cut.

Dean McAlwee, Phillipa Bain, Joy Davis, and Martin Dillon were re-elected to the Mosgiel-Taieri board, alongside newcomers Brian Miller and Brian Peat.

Peter Gouverneur lost his seat on the Saddle Hill Community Board.

Supermarket owner John Moyle returned to the board after a three-year hiatus.

He had previously served on the board for nine years. 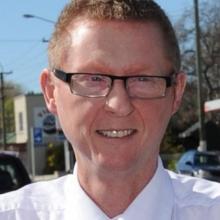 Mandy Mayhem-Bullock may have missed out on the mayoralty, but she was re-elected to another term on the Waikouaiti Community Board.

She will be joined by incumbents Mark Brown, Alasdair Morrison, and Geraldine Tait, and fresh faces Andy Barratt and Sonya Billyard.

One-term board member Rose Stringer-Wright was not re-elected.

There will be one new face on the Otago Peninsula Board, in the form of Portobello primary school teacher Cheryl Neill.