Fight for Invermay goes on 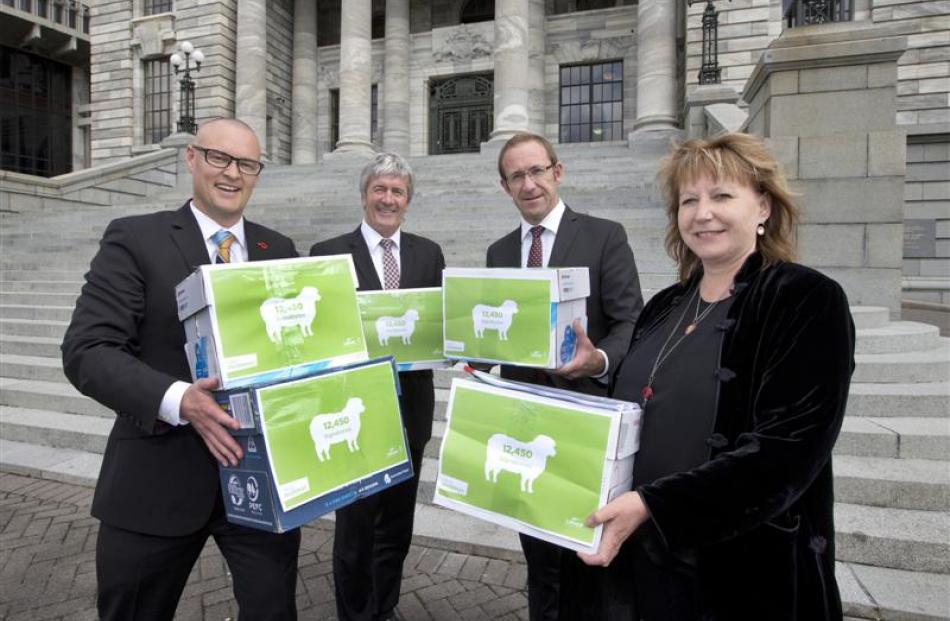 The fight to save jobs at Invermay continued yesterday with the handing over of a 12,450-signature petition to Parliament.

But the Government and AgResearch head say the ''world-class'' science facility is being retained and other research organisations are being encouraged to relocate to Invermay.

Dunedin North MP David Clark, who handed the petition to Dunedin South MP Clare Curran on the steps of Parliament, said there was still hope for those fighting the moving of most of Invermay's more than 100 staff to Lincoln.

''[The petition] is a significant step along the journey in the campaign to save Invermay.''

The level of support for the petition calling on jobs to be retained at Invermay had been overwhelming across New Zealand and not just in the South, Dr Clark said.

''Across New Zealand, sheep breeders have supported it. Across Southland and Otago, residents, business owners and local councils have banded together to promote the petition,'' he said.

''If they are good to their word, they are re-examining the case and that opens up the possibility of keeping the facility and the staff ... at Mosgiel.''

The petition will now be handed to a select committee, which has the opportunity to investigate the issue further or pass on a message to the Government.

Ms Curran said the loss of jobs in Otago was ''another completely preventable symptom of this Government's neglect of the regions''.

Science and Innovation Minister Steven Joyce said the Government was supportive of AgResearch's Future Footprint proposal on the basis it provided the best quality agricultural research for the primary sector it served and the customers who paid for its research.

''I would note that, contrary to the statement made in the petition, Invermay is being retained as a world-class research centre.''

Dr Clark was incorrect in his assertions about the Government, Mr Joyce said.

As the debate had been under way, Dunedin had become the home of two new research centres - Dodd-Walls Photonics Centre and Brain Research NZ.

Dunedin was the home of one of the National Science Challenges, Ageing Well and received record levels of Health Research Council funding, Mr Joyce said.

''On top of that, innovative Dunedin companies have secured $15.3 million in R&D [research and development] funding to help them grow.''

''In addition to the science staff we will be retaining at the campus, we have also been actively encouraging other parties to relocate there.

"Our staff are world-class and the work at Invermay, focusing on regional environmental and farm systems needs, will continue to provide the innovation needed to deliver proven benefits to the pastoral sector and to create value for New Zealand.''

The petition would not prompt a review over restructuring, Dr Richardson said.

The updating of the business case would not prompt a rethink over jobs being moved from Invermay, he said.

''The update will reflect the changes made since 2012 as we work through the master planning and make final decisions around the capital investment required on each of our sites. It is not about rethinking the distribution of our science groups.''