Fine for littering may rise fourfold 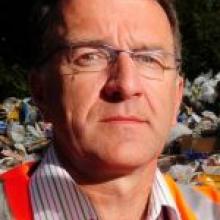 The change was being considered in response to more rubbish on the city's streets, which so far this year had resulted in 85 infringement notices being issued for littering, he said.

While exact statistics were not available, there was anecdotal evidence more people became "a bit lazy" about the correct disposal of rubbish in June and July, when the council looked at increasing charges for rubbish and other services, he said.

Staff were now working on a report outlining an increase in the littering fine, which would be presented to the committee in the next few months, Mr Featherston said.

At present, authorised council officers were able to issue infringement notices but focused on problems with rubbish bags in residential streets, he said.

Council officers were not resourced to search for individuals littering in the city's streets, he said.

Earlier, Cr Neil Collins had expressed concern at the cleanliness of city streets, saying it continued to be a concern for many people.

This year's residents' opinion survey showed satisfaction with street cleanliness was still "hovering around 50%", he said.

The result was a slight 2% increase on last year's result.

Mayor Peter Chin agreed, saying the survey result was an issue that residents, rather than contractors, needed to address.

Mr Chin said he had walked around parts of the city at the weekend, in part to get a feel for the city's rubbish problem, and found street litter to be "unacceptable".

"I think, overall, the condition of our streets is not good.

"At the end of the day, it's the citizens who don't take the opportunity to place their . . . rubbish in the appropriate places," he said.

Cr Fliss Butcher raised another solution in addition to steep new fines - urging the city's leaders to take the initiative and sign up for a new group she was starting dedicated to collecting litter and promoting street cleanliness.

Information about the initiative would be placed on the council's website, to encourage more people to sign up, she said.

Cr Teresa Stevenson also encouraged people to collect litter from around their own neighbourhoods.

"It's a civic duty, but we would greatly appreciate it," she said.