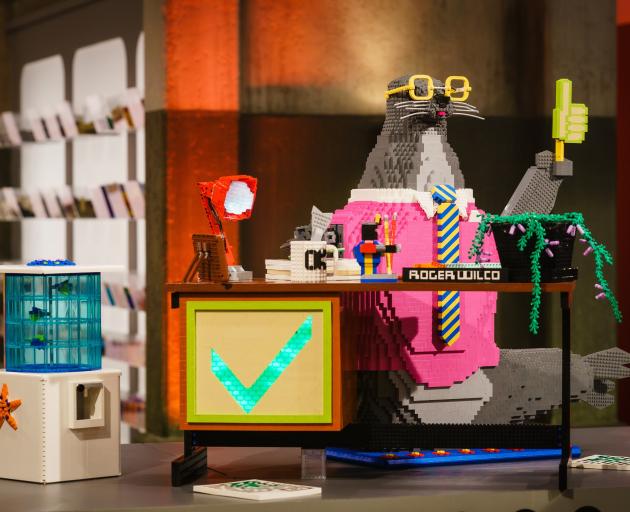 He is so obliging, his nickname is The Seal of Approval, and he could be very popular with residents if he had a job at a local council.

He was certainly popular with the judges in the final of Lego Masters New Zealand on Monday night.

Roger was created in the final round of the competition by former Bayfield High School pupil and University of Otago energy management graduate Jake Roos and team-mate Glenn Knight.

The duo came out on top after competing against five other teams in a mix of new and classic Lego building challenges, which were judged on aesthetics, technical skill and storytelling ability.

Mr Roos, who now lives in Raumati Beach north of Wellington, said he and Mr Knight were delighted to have won, but it was not something they had set out to do.

"It was a great privilege to be on the show.

"All of us competitors have talent, but we also have a lot of advantages in life that let us develop our Lego skills and take six weeks away from our responsibilities to have this amazing experience.

"I was determined to use the opportunity to try and bring some joy to people’s lives and inspire them to be creative themselves," he said. 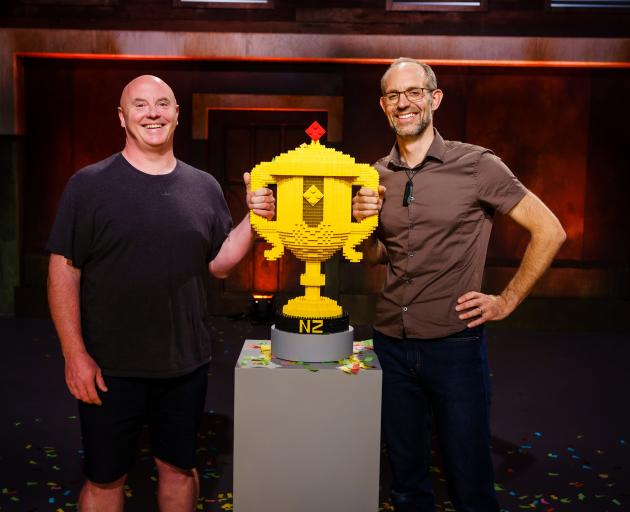 Alongside the official Lego Masters trophy, the duo walked away with $25,000 to spend at The Warehouse and a brand-new car each.

Mr Roos said spending up to 24 hours a day on the show, building spectacular things out of Lego was more like hard work than play.

"It was one of the hardest things I’ve ever done, and one of the most enjoyable.

"It’s amazing what you can achieve when you get a chance to focus on doing what you do best."

While spending that much time with Lego bricks would be overloading for many people, Mr Roos said he had still not achieved his "Lego fix" for the year yet.

"After the show, I was straight back into it as soon as I got home. I can’t get enough.

"I have built an automatic puppet show and will take it around most of the Lego shows in the country this year, making improvements to it in between events.

"Glenn and I also plan to show off some of the models we collaborated on in the run up to Lego Masters."