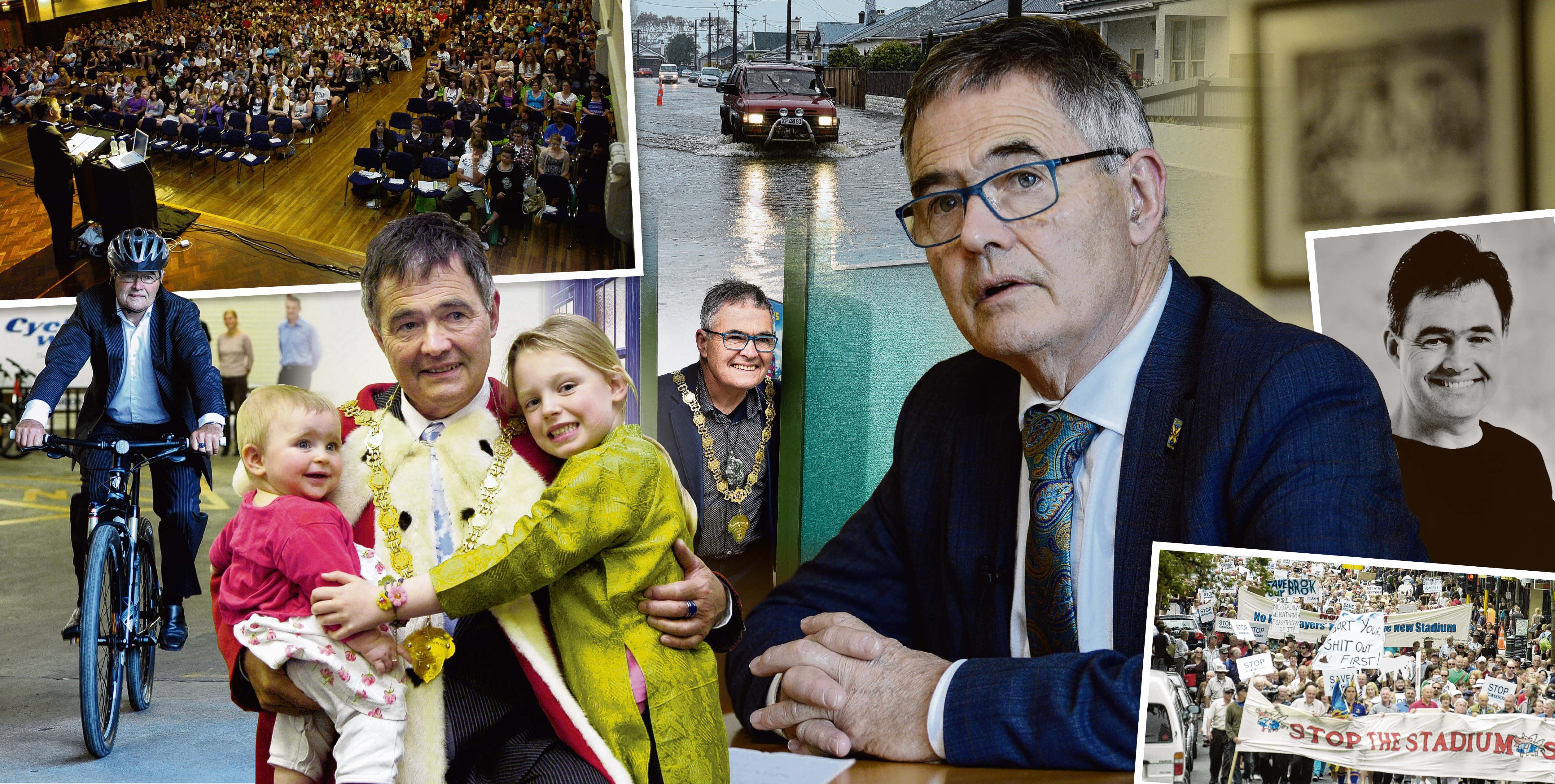 Dave Cull through the years. Photos: ODT files
Former Dunedin mayor Dave Cull has died after being diagnosed with pancreatic cancer. He was 71.

He had been diagnosed with a tumour on his pancreas earlier that month and told the Otago Daily Times he knew then he was likely to face a tough journey ahead.

Mr Cull spent about five weeks in hospital earlier this year before being discharged in March.

He then spent four nights at the Otago Community Hospice in Dunedin before returning home.

Mr Cull served three terms as mayor, first elected in 2010, and decided not to seek re-election in 2019, opting instead to pursue a position on the Southern District Health Board.

He was elected and then appointed chairman in December 2019, but his stint with the board lasted only until October last year, because of the health challenge he faced.

He was married to Joan Wilson and they had two daughters and four grandchildren, aged from 2 to 15.

This morning I lost a colleague, a friend, and a mentor in our former Mayor Dave Cull.

Politics is unforgiving on families. Most of all today, my love goes out to Joan and their wider whānau, who had only just managed to convince him to retire.

"He was a colleague, friend, and mentor to many, and I’m devastated for his whanau who deserved more time with Dave after his Mayoral duties were fulfilled."

"The strength of the council's relationships with local iwi were also built on his shoulders, and his leadership of Local Government New Zealand was critical as it worked to tackle some of the biggest issues, including climate change, with urgency."

Dave Cull was an exceptional leader, who possessed great knowledge, humility, and mana.

He was quick to share a laugh, always had time for people and led from the front. We will miss him greatly here at LGNZ.https://t.co/2xLQN3u23C

"He was typically philosophical about his battle with cancer, talking about how it gave him the opportunity to grow as a person.

"I was lucky enough to spend some time with him over the past week reflecting on his public service."

He said his thoughts went out to Mr Cull's family.

"Politics is unforgiving on families. Most of all today, my love goes out to [his wife] Joan and their wider whānau, who had only just managed to convince him to retire.

"I know he was looking forward to spending more time with his mokopuna."

Very sad to hear that Dave Cull has died. Such a cruel disease. He gave a lot to our city. My thoughts to Joan and his family

Very sad to hear that Dave Cull has passed away. He achieved much for Dunedin in his three terms as mayor, and was a pleasure to work with during his time as president of LGNZ. Our thoughts go out to his family and friends.

Council chief executive Sandy Graham said Mr Cull’s death would be keenly felt across the council family, especially by staff who worked closely with Mr Cull during his time as Mayor.

Invercargill Mayor Sir Tim Shadbolt requested a minute of silence for Mr Cull before the city council meeting this afternoon.

Dave Cull served three terms as mayor. Photo: Linda Robertson
Speaking to the Otago Daily Times last month after returning home from the hospice, Mr Cull said he continued to find people’s visits uplifting and he was getting rest.

Mr Cull said his prognosis had reinforced for him the importance of having honest conversations with family.

He tried to be open with them about his illness, and said it had provided opportunities to continue to learn.

Having finality brought into focus had some benefits, in that it tended to promote conversations and experiences that might otherwise be put off, he said.

The hospice was not a gloomy place, Mr Cull said, and there was often a vibe of joy.