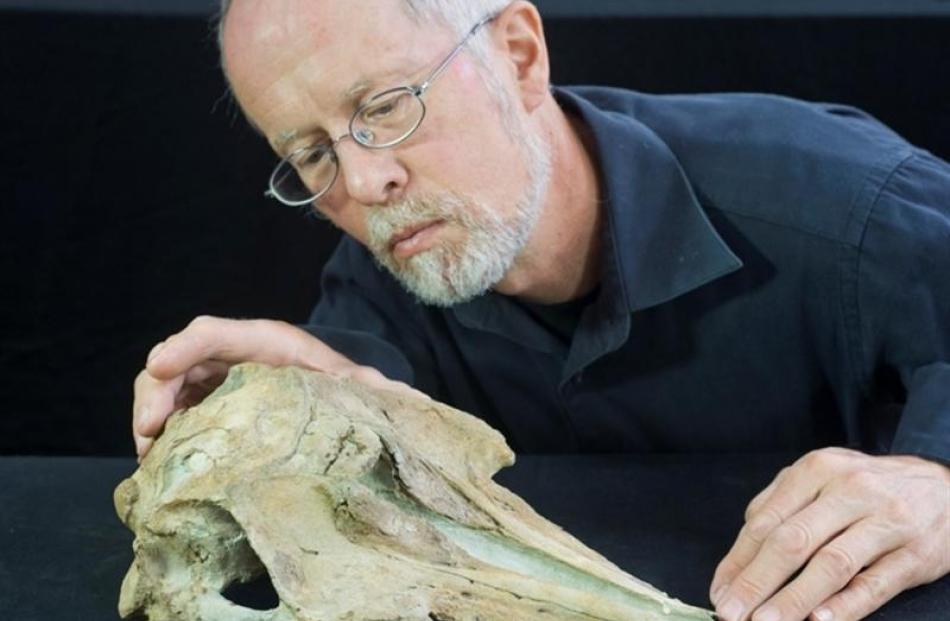 The ancient, but newly recognised, dolphin, called Papahu taitapu, is the first of its kind to be found.

And it may be closely related to ancestors of modern dolphins and toothed whales, according to University of Otago researchers.

Prof Fordyce, of the Otago geology department, said a ''great deal'' of important fossil material had been found in the South Island, including in North Otago and South Canterbury, over the years.

''In a way, it's one of the last frontiers, because many parts of the world have been quite thoroughly investigated.

''There are a few little hot spots around the Pacific Rim [for the finding of ancient marine mammal fossils], and we're one of the significant ones,'' he said. The skull and one jaw of Papahu taitapu were found in marine sedimentary rocks in the Cape Farewell region of the northern South Island. The researchers used the Maori name ''taitapu'' to honour this region, and ''Papahu'' is a Maori name for dolphin.

Papahu lived 19-22 million years ago, and was one of the few dolphins reported anywhere in the world to be dated at the start of the Miocene epoch, researchers said. Mexican-born Dr Gabriel Aguirre and Prof Fordyce describe Papahu in the latest issue of the US-based Journal of Vertebrate Paleontology. The research was conducted as part of Dr Aguirre's Otago PhD studies, completed last year.

After the Cape Farewell specimen was found about 30 years ago, Prof Fordyce brought it south to the geology department. But a research publication confirming the new species had been possible only after Dr Aguirre had recently devoted an intense period of study to the fossil. Dr Aguirre said that its skull size suggested Papahu was about 2m long, and it had simple conical teeth.

This dolphin had ''lived at a time of global warmth, in shallow seas around Zealandia''- an earlier geological form of New Zealand, he said.