The Department of Conservation and the Dunedin City Council have started discussing possible camping sites on Otago Peninsula. Star reporter Dan Hutchinson takes a look at the issue of budget camping on the peninsula and finds a distinct lack of enthusiasm for new facilities. 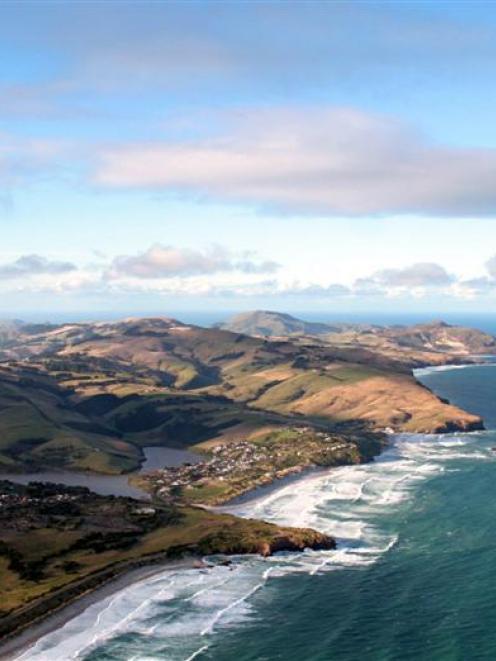 The Department of Conservation and Dunedin City Council are considering if and where they should put a remote-style camping site on the Otago Peninsula. Photo by Dan Hutchinson.
Renewed efforts are being put in to finding a place for freedom campers to go on the Otago Peninsula, as the Dunedin City Council and Department of Conservation join up to look at the issue.

The site at Macandrew Bay was very popular with campers and very unpopular with residents but the council's planning and regulatory committee decided last week it would continue the trial for another summer.

''It is just wrong on so many levels, not the least that it is situated beside a children's playground,'' said Cr Neville Peat, who opposes continuing with the trial in Macandrew Bay.

To try to ease the pressure, the council is looking for other places on the peninsula to trial as well this summer and Scott Reserve in Harwood has been suggested as one possibility.

Peninsula Community Board deputy chairman Paul Pope said the Scott Hall Committee had written saying it could accommodate self-contained vehicles at the adjacent park if it was well managed by the council.

Non-self-contained campers would present ''a greater challenge'' because they would require new toilets and bathing facilities.

Mr Pope said the ''crux of the problem'' was the peninsula's only trial site had been put in a residential area, creating conflict with residents, for whom the facilities were originally designed.

The council and Doc have begun working on options for another solution to the problem and would be identifying potential camping sites and producing a feasibility report next April.

Doc conservation partnerships manager for coastal Otago Mike Morrison said they would need to assess the demand before looking at what level of facility might be required and where.

''The Doc-style camp site ... they are generally what we call remote camps so they are away from urban centres and really straightforward, simple facilities and it is demand driven.''

Acting reserves and recreation planning team leader Paula Dickel said the council was working with Doc because it had experience with providing camping facilities.

No specific sites had yet been identified in that study. The Department of Conservation has land at Boulder Beach, Sandfly Bay and Sandymount and the council owns parks and reserves.