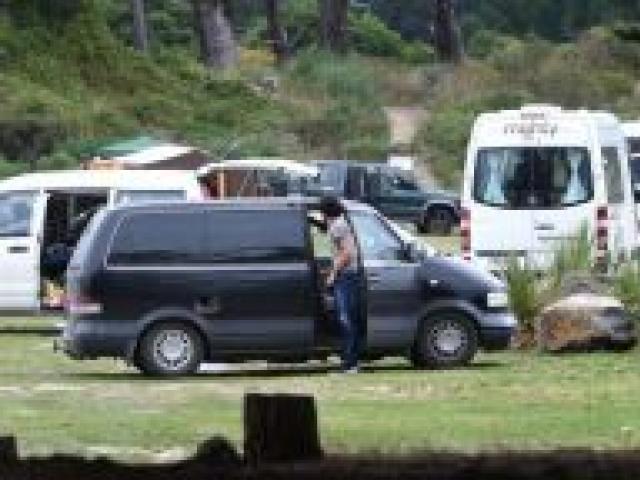 Warrington residents are concerned about a spike in freedom campers, some of whom leave faeces littered through the sand dunes.

The concern comes as tensions are rising in Brighton Rd, residents there telling the Otago Daily Times last week they were worried about freedom campers cramming into the Ocean View Reserve.

Warrington resident Lynette Hastie said she counted 91 freedom camping vehicles at the Warrington Domain yesterday morning and was concerned there were not adequate facilities for so many campers, with only two women's toilets, one men's toilet and a urinal.

This meant some campers went to the toilet in the bushes.

"People go walking their dogs and they are rolling in human excrement,'' Mrs Hastie said.

There was also a lot of rubbish left behind and it was ruining the "peace and quiet'' which had attracted many residents to come and live in the village.

They were also taking up so much room that locals were unable to use large parts of the domain.

The increase in campers happened steadily over the previous year, but became "horrendous'' in the past few months.

She was unsure what the council could do to fix the situation, but called on them to provide more toilets.

Council parks and recreation group manager Richard Saunders said the council was aware of the concern about the density of vehicles at the site and that facilities were being stretched.

"We have some concerns raised, and they were raised through the community board as well, about the Warrington site about the volume of vehicles.

"Given how popular that site is, there's some things to work through with the board.

"We are working through those with the community board at the moment.''

He expected the problem would resolve in time.

"It's a new bylaw. Warrington has been historically a popular site and it's getting more popular but we are happy to work through those things that have been raised.''

Waikouaiti Community Board chairman Gerard Collings said it was aware of concern from residents and it had raised the issue with the council.

Mr Collings' concern was less about the numbers of freedom campers and more about the facilities available.

"Primarily we need to ensure the facilities are adequate for the numbers that want to use it.''

One of the options raised by members of the community was putting in a portable toilet.