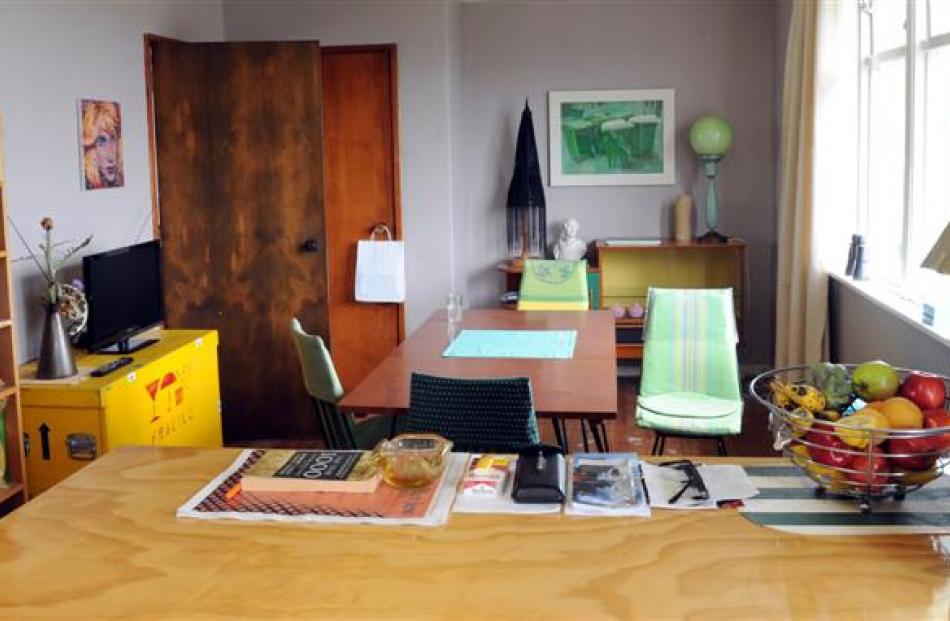 The dining area which is furnished with secondhand furniture. 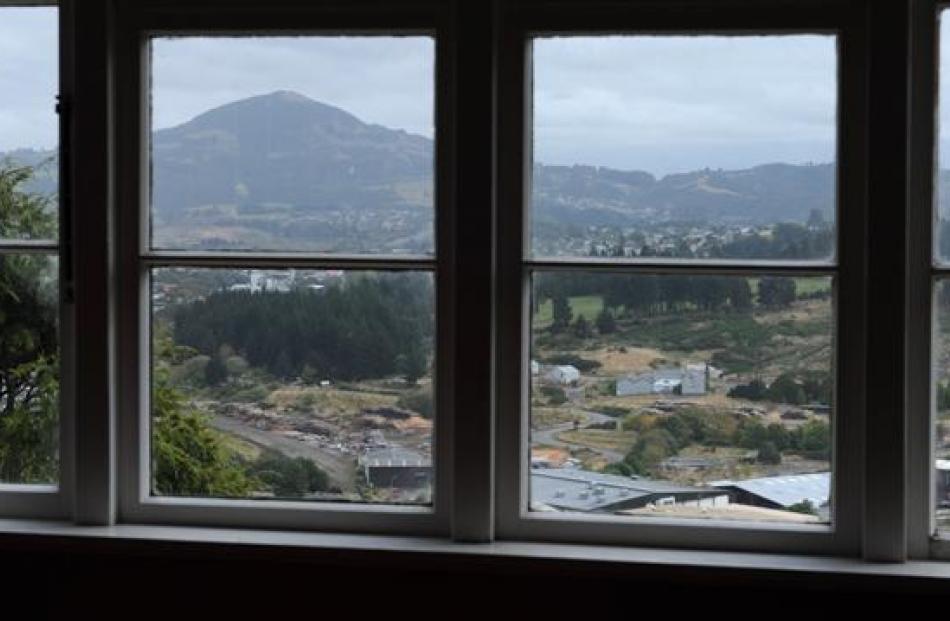 Saddle Hill looms large from the windows of Neil Emmerson's Calton Hill home but he also likes the industrial view in the foreground. Photos by Craig Baxter. 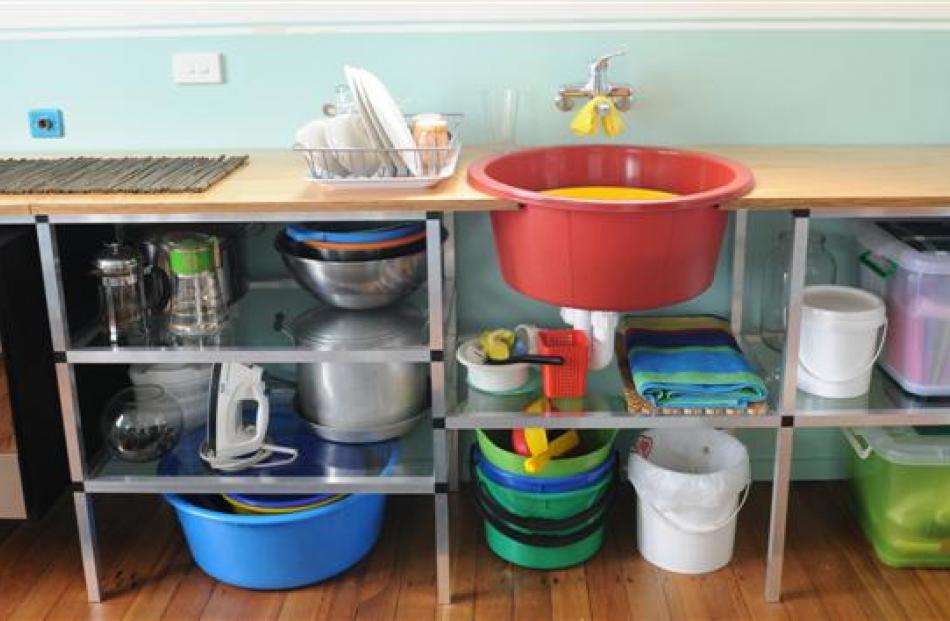 The kitchen units cost about $600 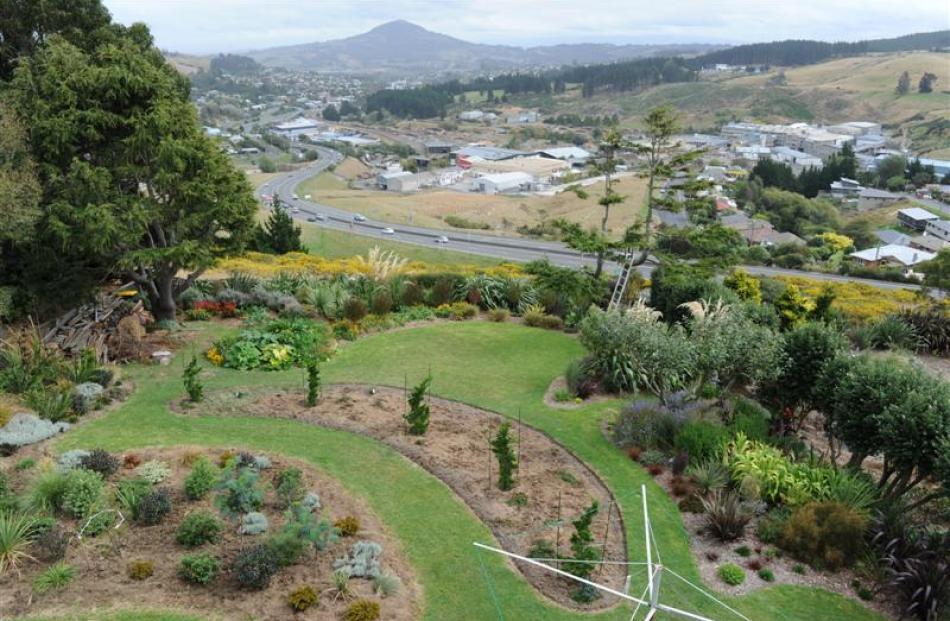 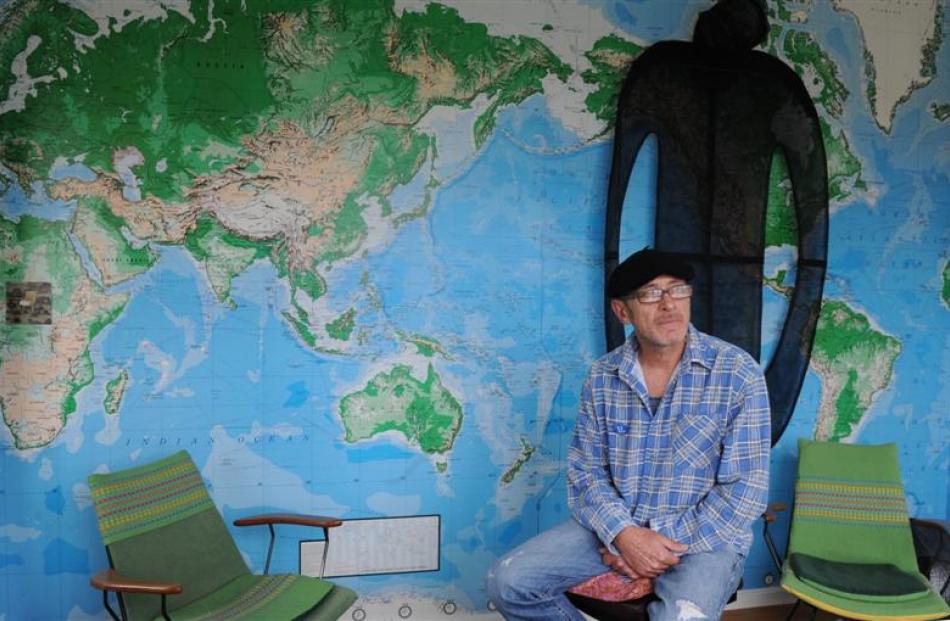 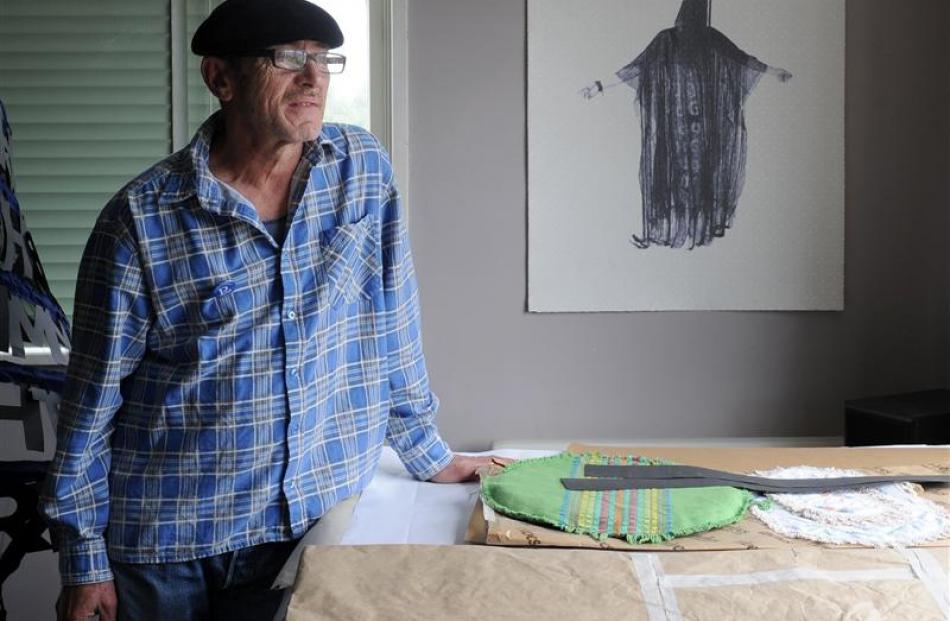 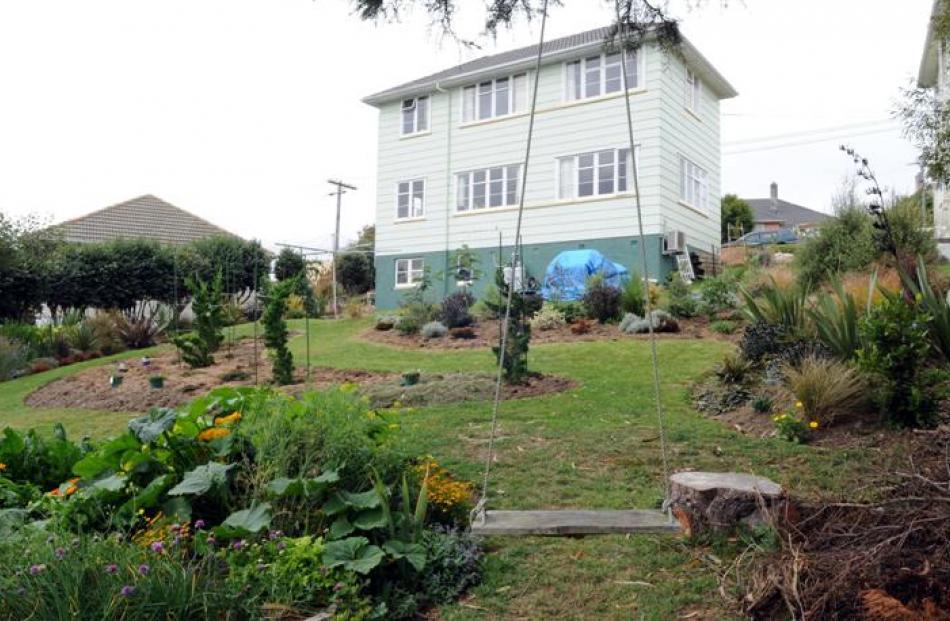 The garden of the ex State house was the first thing the owner tackled after moving in about three years ago. 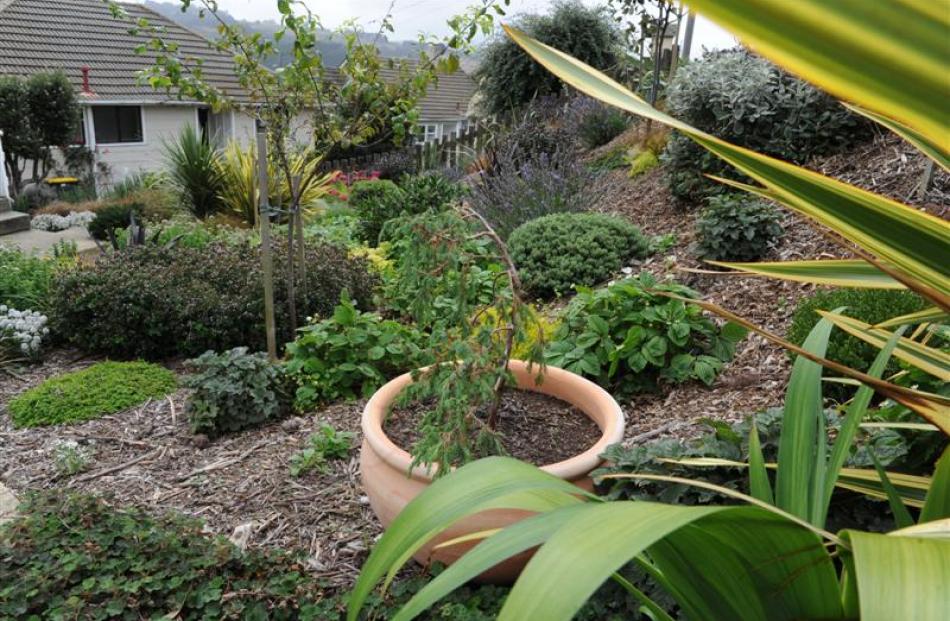 A former state house is a blank canvas for its creative owner. Kim Dungey takes a look.

A Dunedin man has set aside an aversion to domestic spaces and is right at home in a former state house designed for family living.

Neil Emmerson's move might have surprised those who know him. But the 56-year-old - who has lived in empty shops, warehouses and a tin shed but never owned a house before - saw potential for the rooms to be converted to a variety of uses.

The head of the Otago Polytechnic School of Art printmaking studio says that as an artist he is extremely aware of the way architecture and space affect him.

''I was very cautious about buying such a domestic building because it really does have some control over the way you operate and the psychology you have within it. That's why I've tried hard to change the house, to make it more versatile and to open up the spaces.''

His first priority, however, was to develop the 1800sq m section with its tall grass and overgrown hedges.

''A colleague and I fantasise about being interior designers - walking into people's houses and doing them over,'' he says, smiling.

''But if I went back to study, I'd be doing landscape architecture - studying plants and sustainable gardening and things like that.''

The west to southwest-facing site is windy, so plants are packed in tightly. He makes extensive use of New Zealand natives and likes scented plants, such as thyme and rosemary, which support pollinating insects like bees.

The twisted, upright shape of Hollywood juniper adds architectural interest while the hardy peppermint geranium is a favourite for its velvety green leaves, its delicate sprays of flowers and its ability to smother weeds.

A swing suspended from a tree limb is a whimsical touch and a wooden chair at the top of a nearby pine at one stage offered views and vertigo in equal measure. Emmerson decided the chair was not quite the sort he wanted but is planning other projects - a fire pit for summer barbecues, a rustic sleepout under the trees and conversion of the ground floor of the house to a studio and the upper level to living quarters.

The Calton Hill home has superb views of Saddle Hill and ample storage for his art materials. Like other state houses of the 1950s, it is also solid and well-built, with extensive timber joinery inside.

But Emmerson says the traditional three-bedroom state house no longer meets the needs of many people, who either live alone by choice or as part of large extended families.

And it's a shift recognised by the Government, which last month announced it would convert many of its three-bedroom houses into four and five-bedroom homes and add two-bedroom units on larger sections.

On the top floor, Emmerson has retained the main bedroom and bathroom but converted the two other bedrooms to a kitchen/dining area.

Downstairs, he has removed an internal wall and replaced the original kitchen for only $600, using square aluminium tubing and glass shelving to create industrial-style units.

There's a Smeg oven cantilevered out from the wall, a $6 red plastic basin for the sink and a polyurethaned plywood bench top.

Furniture has been kept to a minimum: ''I want a place that's open and easy, with things on wheels, so I can change them around.''

Next, he will add insulation, double glazing, a woodburner, a new bathroom and a small deck and rip up carpet to reveal the original rimu floorboards.

The plan is to transform the home from one suitable for mum, dad and 2.5 kids to something more flexible, he says.

• His work extends the boundaries of printmaking to include sculpture and installation and often deals with homophobia.