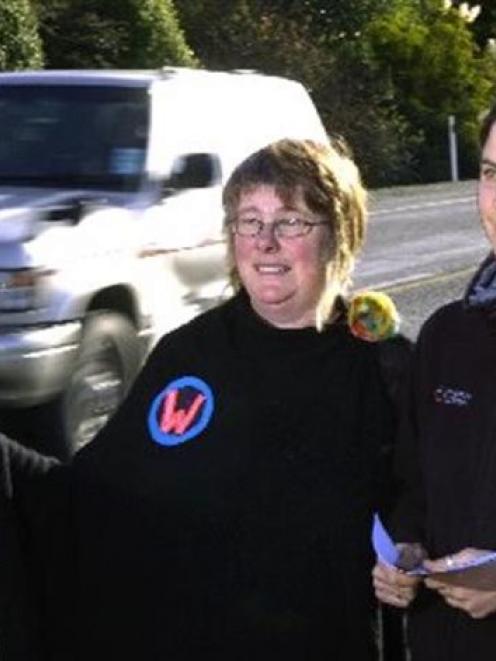 W3 Ride Share co-ordinator Jackie Fanning met Waitati residents earlier this year after rising petrol prices drove the cost of her daily commute to Dunedin for work and sport to about $10 (return).

Residents said car-pooling was too inflexible, she said.

To deal with the problem, a scheme has been developed whereby members wearing reflective armbands will wait at designated pickup points - initially the Blueskin Bay Library and two places in Dunedin - at set times.

Motorists displaying ride-share stickers could pick up members, who would contribute $2 to the cost of each trip, Ms Fanning said. The potential to expand the scheme was indicated its title: W3 stands for Waitati, Warrington and Waikouaiti.

Ms Fanning said the scheme would begin operating when membership reached 60, to ensure people were not waiting for driver members for long periods of time.

Co-ordinator Louise Booth said motorists and cyclists from Waitati and other coastal settlements, including Karitane and Seacliff, could converge at the Blueskin Library, and then ride-share to Dunedin.

Ms Booth said personal safety of members was important, and registration would keep track of the number of armbands and stickers in circulation.

"Apart from the convenience, we hope the scheme will encourage communication among people in the community.

Some people who hitchhike now say they will definitely get involved," she said.

W3 Ride Share will hold a public meeting at the Waitati Community Hall at 10am today, and will distribute pamphlets outlining the scheme in the area on Monday.

Waikouaiti Coast Community Board chairman Alasdair Morrison said the board was pleased to assist the group with funding for information pamphlets and help finding sponsorship for armbands and stickers.

"We've had a very positive result in terms of sponsorship," he said.