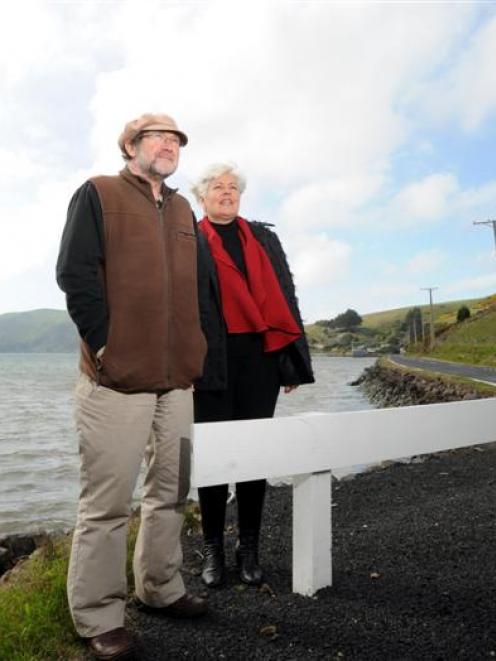 NZTA funding for the Ohinetu Point to Harington Point section of the cycleway and road improvements was confirmed as part of its announcement this week that the Otago transport system will receive $280 million of national funding over the next three financial years.

It meant the NZTA would subsidise 66% of the $3.2 million project, with the Dunedin City Council paying for the remaining $1.088 million.

Otago Peninsula community board chairman John Bellamy said the board was "extremely relieved" that NZTA had decided to approve funding for the next stage of the project.

The section of shared cycleway and walkway would benefit all of Dunedin, not only those living on the peninsula , he said.

Once the cycleway was completed, it would provide a boost to the number of tourists who visited, he said.

"It will have a huge impact on the economy of the city ... which the city desperately needs," he said.

Council transportation operations programme engineer Michael Harrison said construction on the next stage was likely to start next summer, with work hopefully completed by July 2014.

The work would include constructing a shared path, road-widening, raising the road and seawall improvement, Mr Harrison said.

Otago Peninsula community board deputy chairwoman Chris Garey said it was important to remember that the funding was only for a section of the Otago Peninsula cycleway and the community needed to keep pushing until it was finished.

"We are going to need the community to make submissions [to the council] every single year until funding for all of the sections is secured," Ms Garey said.

The completed sections had provided people with a safe place to walk and cycle and were extremely well used, she said.