Funding a win for residents 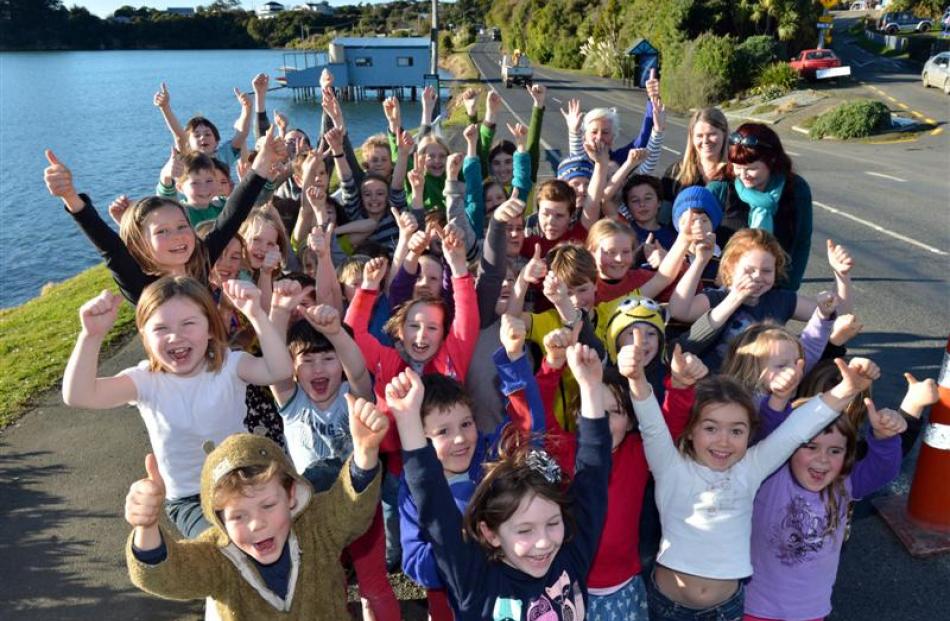 In what could be called a big victory for little people, funding was confirmed yesterday for the long-planned $19.9 million safety improvements to Portobello and Harington Point roads.

The work is part of what the NZTA yesterday confirmed would be a $408 million spend in Otago over the next three years through its National Land Transport programme.

That money will go to initiatives mostly already announced or in place, such as $36 million for the Otago Regional Council's bus service upgrade, including a new bus hub in Dunedin.

About $10 million will go to cycling and walking network funding in Dunedin.

Work to be completed in the three years includes Dunedin's one-way system cycleway, and the final stage of the Dunedin to Port Chalmers cycleway/walkway.

The organisation will also spend $2.6 million on a seal extension on the Nuggets Rd, near Kaka Point.

All the Broad Bay School's children wrote, and in some cases drew, two submissions each over the past two years, begging the Dunedin City Council to undertake the improvements.

The three-classroom school boasted a very high ''walking to school'' rate, teacher Paula Bisset said yesterday, a hallmark of a tight community and a central location.

That meant each child was vividly aware of the perils of walking along Portobello Rd in its current state.

''They just wanted to be able to get to and from school safely, without being scared. It's a community where about 95% of people live within walking distance and we really promote children being fit and healthy. It's part of being in a little community, I guess.''

But that determination was frequently challenged by trucks and other vehicles using the same narrow stretch of road where pupils were walking, scootering and cycling, Ms Bisset said.

That meant motivating the children to be part of the council's submission process was a doddle.

''They just wrote about how they felt and why they felt they needed the road to be widened.''

When the children were told yesterday the safety improvements were to go ahead, they roared in unison, without any teacher encouragement.

Ayla Armstrong (8) said the work would make a big difference to her weekends.

''Because my grandma lives in Macandrew Bay and now I can walk to see her. Or maybe ride my bike. Or go rollerskating. Or ride my scooter.''

Phoebe Whittam (12) said the work would make the road safer for everyone.

''And I will be able to walk to school and I'll be able to ride my bike to see my friend in Portobello. And that'll be really good.''

''It delivers the safety benefits for all users of the road. You will be able to connect with the other communities, cycling and walking, and know that it's a safer drive.''

Ms Garey said the lobbying of community groups and the community board had been a vital part of the work progressing, calling the announcement a ''perfect example of what community boards can do''.

The project would be jointly funded between the NZTA's $10.9 million and DCC's $9million.

It was expected to take three years and would include road widening and a shared pedestrian and cyclist space from Vauxhall to Harington Point.

• $10m for cycling and walking network in Dunedin, including $3.5m for urban cycleways.

• $2.6m for seal extension on the Nuggets Rd, near Kaka Point.

• Investigations into improved route resilience on SH1 between Dunedin and Glenavy.