Getting ready to party (responsibly) in Hyde St

Hyde St residents and students (from left) Jack Holden (21), of Hastings, Nik Konlechner (21), of Rotorua, Daniel Wallace (21), of Auckland, and Jareb Milner (21), of New Plymouth, sit in front of their rainbow-painted flat fence. PHOTO: GREGOR RICHARDSON
Colourful themes ranging from pirates to Avril Lavigne and "Crouching Tiger Hyding Dragons" will appear at the Hyde St party in the university quarter.

The Otago University Students' Association has announced on Facebook the annual party will be held on April 13 this year, and said it was working with Hyde St residents to ensure everyone had "the best day and that it is a safe, fun time for you all".

The party, which has capacity for about 3600 people, is thought to have started in 1995.

The OUSA stepped in to organise the event after the 2012 party drew about 10,000 people, leading to the collapse of a roof.

In recent years, the party has been more peaceful.

Admissions opened on March 26, and will be open until April 2.

Residents have already organised a list of themes for their different flats.

Hyde St residents Jack Holden, Nik Konlechner, Daniel Wallace and Jareb Milner - whose flat theme was "Prhyde Parade"- were still getting their costumes sorted out, but were looking forward to the party.

They had painstakingly painted the wall of their flat in rainbow colours the previous year, and said their costumes would also be colourful and replete with rainbows.

"We're holding out for it, but we have to get through our study beforehand," Mr Holden said.

Residents have priority entry to the party, and admission for other students is via a lottery system.

Students can register either individually or as a group of up to five.

A students' association spokeswoman said the party was very much in the planning stages and more information about it would be available next week. 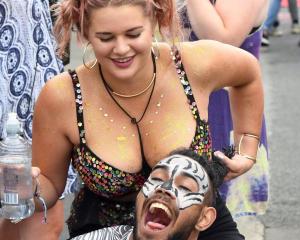 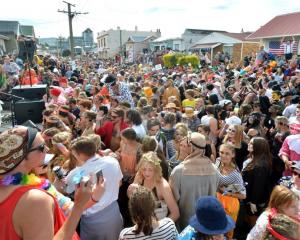 Street party - a success, or unsafe? 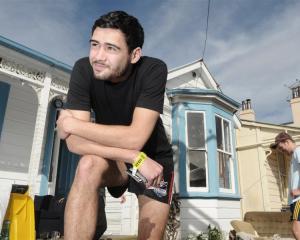 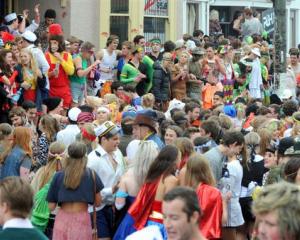 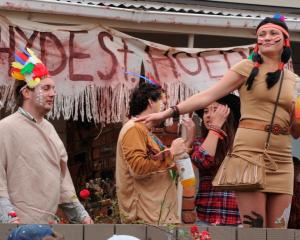 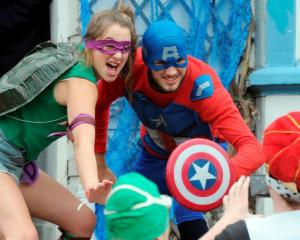 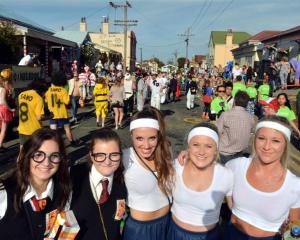 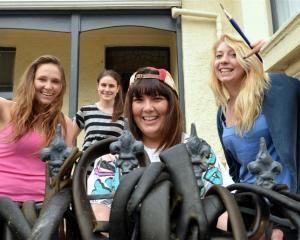 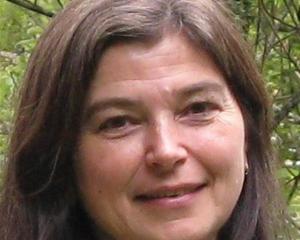 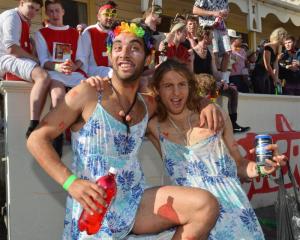 Banding together to get into the Hyde St party 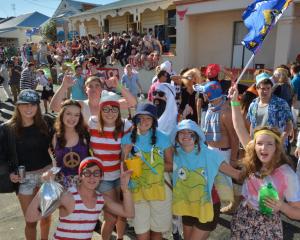 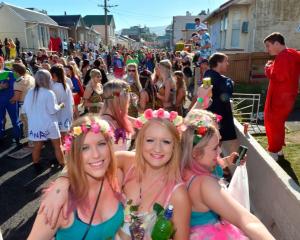 Fine day for a street party