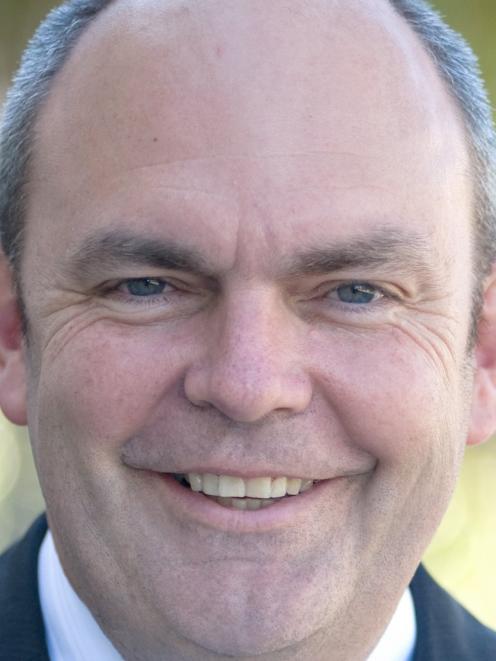 Steven Joyce
The Government is involved in a broad range of economic development initiatives in the Otago region and throughout New Zealand to encourage new investment, jobs and growth, says Economic Development Minister Steven Joyce in response to the concerns identified in Stand up Otago.

The development of all of New Zealand's regions is hugely important to the Government, as it is to New Zealand as a whole.

The New Zealand economy is, of course, the sum of its regional economies and that is why the Government is placing huge emphasis on assisting each region to maximise the opportunities they have to encourage businesses to invest in their region and employ more people.

The reality is nothing creates jobs for New Zealanders and their families better than competitive, growing businesses.

As part of our Business Growth Agenda, the Government is involved in a broad range of economic development initiatives in the Otago region and throughout New Zealand to encourage new investment, jobs and growth.

For example, our RMA reforms are designed to help give businesses certainty earlier about their investment plans - and to encourage decision-makers to consider the number of jobs a proposal brings alongside their other considerations.

There are more than 360 initiatives across our business growth agenda, and a large number of them relate generally and specifically to Otago.

The following is a sample list I supplied to the Otago Daily Times:

• Providing $9 million in R&D grants to companies in Dunedin over the last three years through the Ministry of Business, Innovation and Employment, and now Callaghan Innovation.
• Supporting 200 Dunedin and Otago companies with New Zealand Trade and Enterprise services.
• Directly investing in 10 fast-growing Dunedin companies through the New Zealand Venture Investment Fund Ltd (NZVIF) and the Seed Co-investment Fund (SCIF).
• Funding and supporting the Upstart Incubator in Dunedin.
• Providing Capability Development Vouchers for Dunedin businesses through the Otago Chamber of Commerce.
• Building the ultra-fast broadband upgrade in Dunedin, Queenstown and Oamaru.
• Building the rural broadband initiative throughout Otago.
• Otago projects on the National Cycle Trail.
• Dunedin cycle projects.
• Completing the Caversham State Highway 1 upgrade.
• State Highway 88 bypass
• Supporting the development and investment plans of the University of Otago and Otago Polytechnic.
• We're providing $277 million in funding to the university this year and $33 million to the Otago Polytechnic and this is helping to fund some $400 million of capital investment by the two institutions.
• Assisting with the international marketing of both the university and the polytechnic through Education New Zealand.
•$15 million for Forsyth Barr Stadium.
• Encouraging petroleum exploration around the region.
• Supporting a number of Primary Growth Partnership programmes a number of regional companies are involved in.
• Encouraging the development of irrigation projects in the region.

Each region has different strengths and opportunities and receives different levels of taxpayer investment in different areas. In Otago's case, one of the real competitive strengths is tertiary education.

The University of Otago is a crucial part of the Dunedin landscape. Because of its standing and success, more taxpayer university funding flows to Dunedin than any other centre in New Zealand, except Auckland.

It is also important to note that Otago has coped relatively well through the global financial crisis, the worst economic shock the world has experienced since the Great Depression of the 1930s.

It shows Otago grew 16% in the four years from 2007 to 2010; and has higher GDP per person than Nelson-Tasman, Waikato, Bay of Plenty, Hawkes Bay, Manawatu-Wanganui, Gisborne, and Northland; and is just behind Canterbury and Marlborough.

The Government's regional initiatives are laid out in the Regional Economic Activity Report, which was released on April 30 this year and is available at http://www.mbie.govt.nz/what-we-do/business-growth-agenda/regions. I have previously provided a copy to the mayor and council.

I appreciate the Otago Daily Times is a proud and staunch advocate for Dunedin and Otago and has expressed concerns about the region in light of AgResearch's plans for Invermay.

However, it is important to note that they remain proposals at this point. While the decision on AgResearch's future and its investment plans are the responsibility of its board of directors, I have encouraged them to listen carefully to the views of key stakeholders and their staff when considering their plans.

I have stated publicly that I am happy to arrange for the board and executives to meet Dunedin City Council representatives so they can have input into those proposals.

I have met and learnt about many vibrant and growing Dunedin companies during my visits as Economic Development Minister.

I also helped launch the city's Economic Development Strategy in March, which I fully support. The city has a growing list of confident, competitive internationally focused companies in areas like ICT, the creative industries and high-tech manufacturing.

I am very confident about Otago's future. Please be assured that as Economic Development Minister, I'm focused on making sure all our regions succeed.