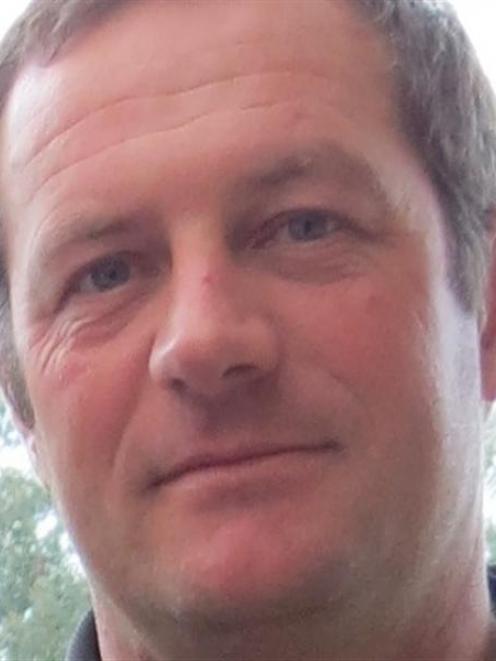 Leon Black.
Farmers at Beef and Lamb New Zealand's annual meeting made an almost unanimous call for AgResearch to carry out more consultation over its plan to slash Invermay jobs.

Southland farmer Leon Black, who was at the meeting in Feilding on Friday and until last week was a director of Beef and Lamb, said the call for more consultation showed beef and sheep farmers across the country were concerned about AgResearch's direction.

Mr Black said the remit tabled from the floor - ''That AgResearch is requested to extend its level of consultation for the move from Invermay of sheep and deer genetics research and consult with commercial ram breeders in the North and South Island'' - was passed almost unanimously.

Only two or three of the about 120 mostly North Island farmers at the meeting voted against it, he said.

This showed the depth of concern about the issue, that farmers believed consultation had been inadequate and it was more than just Otago and Southland farmers concerned over AgResearch's plans.

''It's not a local issue. It's a concern about the research capability for the national good.''

AgResearch needed to rethink its plan and ''get into a bit more serious dialogue with the people that use their science''.

An AgResearch spokesman, asked if the farmers' views were a concern and if consultation would increase, would only say the organisation recognised the importance of consultation.

''We acknowledge that concerns have been raised, and we want to make sure farmers understand the benefits that Future Footprint will deliver for regions and New Zealand farming nationally.

Mr Black said the new Beef and Lamb board would continue to monitor the situation, when it came to numbers of staff wanting to shift from Invermay to Lincoln.

''AgResearch are our key science provider and we rely on those key scientists and if they don't have those scientists, then the things we fund come into question.''

If it became obvious a high proportion of staff were not moving, the organisation's stance on the plan could also change.

AgResearch was asked yesterday if there were concerns at the number of staff intending to leave the organisation, and if the Future Footprint plans would proceed regardless of the numbers prepared to shift.

The spokesman would only say retaining staff was ''our key priority''.

''We are working with all of our people whose roles are relocating in three years' time to ensure they are well informed, have the support they need, and will be able to make the best possible decision for themselves and their families.''