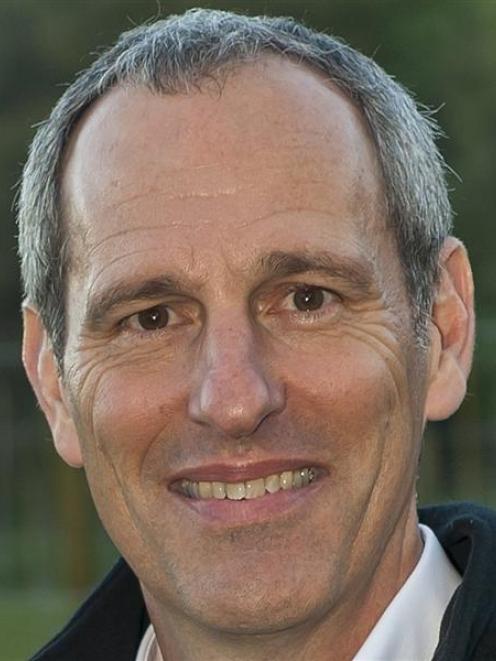 Tom Richardson
AgResearch is planning another round of redundancies amid accusations it is monitoring the communications of ''less than compliant'' staff members.

An email to staff from chief executive Dr Tom Richardson leaked to the Otago Daily Times said about 22 fulltime-equivalent (FTE) science staff in ''declining areas'' would be affected. Roughly 10 new FTEs would be needed in growth areas, in addition to 11 existing vacancies.

Separately, the ODT has been told two further staff have left its Invermay campus, with one taking up a position at the University of Otago, and that AgResearch has been monitoring work emails and telephone records to gather information on ''less than compliant'' staff.

In the internal email Dr Richardson said the cuts were ''completely unrelated'' to its restructuring plan - which includes slashing 69 jobs at Invermay and shifting them north to Lincoln.

''The rationale for any changes proposed will be based on strategic science needs and perceived demand, and we will be continuing to review non-science areas to ensure that we have the most efficient support for our science teams.''

He acknowledged recent events had been tough for some staff.

''I appreciate this is a difficult time for many staff and that it comes on top of things such as last year's disappointing contestable science funding results and Future Footprint uncertainty.''

Former Invermay director Jock Allison said the cutbacks were probably because AgResearch was ''running out of money'' after failing to pick up enough research funding.

However, dumping top-quality staff - such as Dr Julie Everett-Hincks - was not the answer and would only make attracting funding even more difficult.

''There are many good people with PhDs being dumped and they are the people that will attract research funds.''

The mood at Invermay and the rest of AgResearch was at the point where it would be affecting the organisation's ability to attract new staff as the best candidates would probably be aware of the situation, he said.

It was clear AgResearch was failing in its bid to retain staff ahead of restructuring, Dr Clark said.

There was a ''climate of fear'' at Invermay and he had been told AgResearch had been monitoring staff communications to prevent people from speaking out ''right from the very start'' when restructuring was announced.

An AgResearch spokeswoman said it had begun a review so it could more effectively meet the needs of the agricultural sector - ''this involves growing capabilities where there are new opportunities and it also involves reducing areas where there are declining needs.''

Asked about the monitoring of staff, she said: ''In line with all major public and private organisations, AgResearch IT policy states the company reserves the right to monitor internet use.''

It declined to respond to questions on departures from Invermay as it did not comment on ''individual staff situations''.