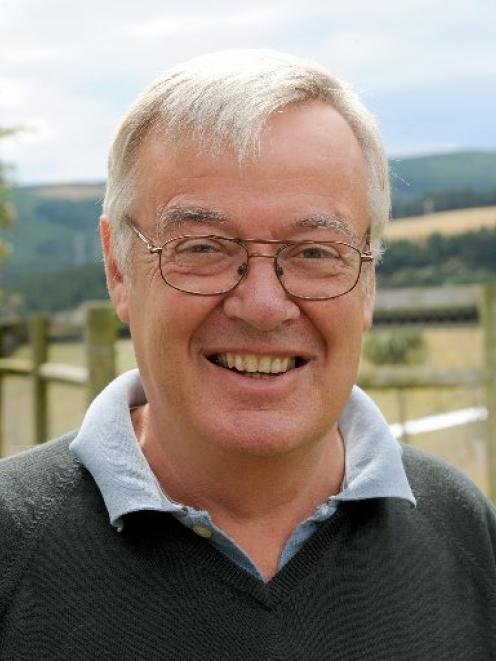 Bernie McLeod
AgResearch's admission it largely squandered $15.5 million on buildings in 2007 and 2008 inspires little confidence its latest plan will be a success, two former staff say.

Dr Richardson said at the meeting none of the buildings constructed in 2007 and 2008 were fully utilised, including the $11 million Christie Building.

''It's been less than half full since the day we opened it. It's now got a book value about half of what it was when we built it,'' he said of the Christie Building.

The about $3 million spent on an animal handling facility in the hope other scientists would move into it was also a failure.

''That didn't eventuate. It's never been used, other than as office [space] for our farm staff at the moment.''

A new ''possum house'' built for about $1.5 million to support possum research carried out at Invermay closed almost as soon as it opened.

''It only lasted a few months after the building was opened, literally,'' Dr Richardson said.

Dr McLeod, who was made redundant in 2010 when the possum research unit he led was dismantled, said scientists at Invermay repeatedly told management the new facilities would not be needed.

AgResearch continued to ignore the advice of its scientists with its latest plan, which the majority were against.

''There will be a few middle management people who can't say yes fast enough to anything that senior management says, but everybody else [disagrees].''

The atmosphere among Invermay staff was ''diabolical'' and the way staff were treated was shown by the fact the ''four or five'' Invermay staff at the meeting in Gore were told by management ''not to say anything''.

The four ''star'' scientists who had indicated to meeting organiser Hamish Bielski they would not be shifting to Lincoln would also be in ''strife'' for revealing their intentions, he said.

Dr Allison said there was ''no question'' its latest building programme would be a repeat of its previous failures.

''They didn't need the Christie Building for starters, and they were blaming Otago University for not coming out [to the building] but they set the rent so high ... that they couldn't come out.''

He was also keen to remind AgResearch the motion of no confidence in the board and senior management left on the table at the meeting in Gore would be brought up again if AgResearch did not act on what was said at the meeting and provide some answers ''within a week or two''.

An AgResearch spokeswoman last night said the farming industry could be assured AgResearch's plans were being made with the support of primary sector stakeholders which understood farmers' needs, including industry bodies such as Beef and Lamb New Zealand and DairyNZ and AgResearch's research and university partners.

The Future Footprint programme involved developing innovation hubs with other partners to maximise the benefits of expenditure on building and the core staff retained at Invermay would make the most of the Christie Building.

Retaining staff was AgResearch's key priority, not buildings, and it was working with the staff whose roles were relocating in three years' time to ensure they had what support they needed and would ''be able to make the best possible decision for them and their families''.

It was not true staff were told not to speak at the Gore meeting, or that staff were in any trouble for mentioning they were not going to Lincoln, she said.