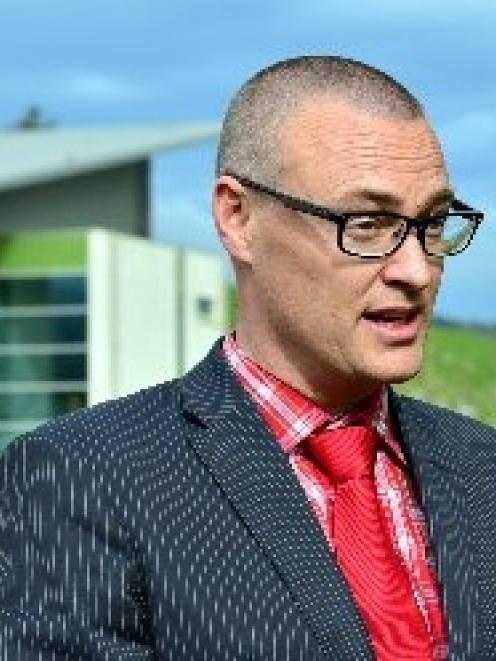 David Clark
AgResearch's chairman has been attacked for saying only a small number of scientists at Invermay are ''mission critical'' to the organisation.

Sam Robinson made the comment at an Education and Science select committee hearing, where he and chief executive Dr Tom Richardson were questioned by Labour politicians about AgResearch's plan to slash jobs at Invermay.

Details of the hearing, held late last year, came to light when the transcript for the select committee was recently published online.

Mr Robinson's comment came after he was asked by Dunedin North MP David Clark why AgResearch had not released a prediction of how many scientists would shift.

Mr Robinson replied: ''I am not going to say in public as to what may or may not happen, but there will be work-outs for each individual scientist because, in fact, you can count them on that number of fingers at Invermay that are mission critical.''

''I think we've released what we've felt was appropriate to release at this stage, where it didn't compromise commercial relationships or, particularly, staff,'' Dr Richardson replied.

Speaking to the Otago Daily Times this week, Dr Clark said Mr Robinson's comment about the number of ''mission critical'' scientists at Invermay showed AgResearch leadership had ''less regard than they should for the remaining scientists''.

It also showed AgResearch should be ''listening very carefully'' to Invermay's top scientists, who were regarded as ''mission critical''.

''That particular group of scientists is saying they don't want to shift - or certainly the ones that I have spoken to,'' he said.

AgResearch management were ''evasive'' at the select committee, which was symptomatic of a lack of transparency over its restructuring plan, he said.

Their refusal to say how many staff would need to shift for its restructuring plan to be considered a success was ''outrageous''.

''It shows that they are under pressure because things are not mapping out as they anticipated.''

In response to questions from the ODT, Dr Richardson this week said in a statement that: ''Mission critical is a turn of phrase Mr Robinson used at the select committee to describe the high-profile senior scientists held in very high regard by the agri-sector.

''All our staff are important to us, but some, given their experience and standing, are viewed by the sector differently.''

The organisation had no ''metric'' for how many staff would need to move for the plan to be considered a success and he disputed the suggestion he had been evasive.

''Mr Clark's assertions that we were evasive at the select committee hearing are at odds with the chair of the committee, who thanked us for the comprehensive answers we gave throughout.

''At all times, AgResearch has been transparent and honest in its communications with staff and stakeholders, including meeting the requirements of Official Information Act inquiries.''

''Reports that the board chairman has suggested to select committee that only a small number of Invermay staff are 'mission critical' are concerning, and we hope that AgResearch recognise that all staff play their part in ensuring that AgResearch is well respected by the wider sector,'' Mr Wagstaff said.

The potential impact on staff needed be at the forefront of AgResearch's plans.

''The loss of institutional knowledge if significant staff losses occur could mean a loss in quality for the vital research AgResearch undertakes, so we believe staff engagement and retention must be top priority when planning for the future.''