The latest of many big changes of fortune in the world of a former Polish prince and patriot was marked in a ceremony at the Dunedin Southern Cemetery yesterday.

The recently restored grave of Polish Prince Alois Konstanty Drucki-Lubecki, who died in the city in 1864, was yesterday officially consecrated by the Catholic Bishop of Dunedin, the Most Rev Michael Dooley.

Bishop Dooley also said a prayer for the prince and his family, and for the later 19th-century Polish immigrants to Otago. 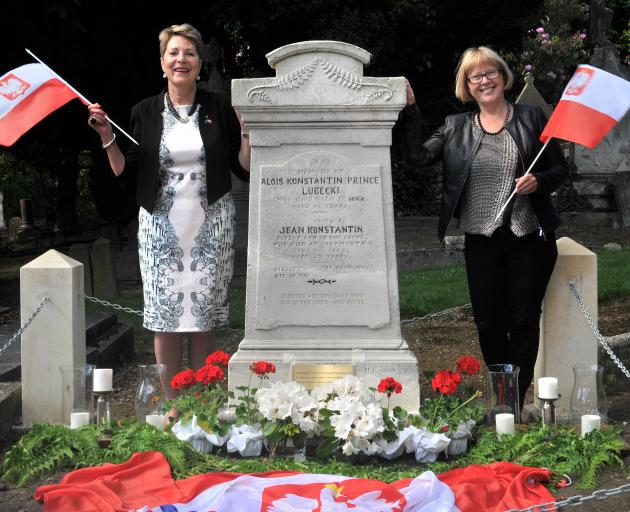 Prince Alois had experienced great changes of fortune, having once lived in palaces but later occupying a humble cottage at the corner of Union and George Sts.

Prince Alois was a descendant of Prince Rurik, whose family led what became the Kingdom of Russia from the 9th century to the 17th century.

She was pleased Prince Alois was at last being properly recognised for his role in Dunedin's early Polish heritage links, and for earlier fighting for Polish freedom, at great cost to him and his family.

They had been stripped of all their large estates in eastern Poland after he had supported the 1830 November Uprising which sought to create an independent state, after it had been divided between three large neighbours, Austria, Prussia and Russia.

Prince Alois escaped from occupied Poland after the uprising and travelled via Saxony and England to Australia.

He had moved to Dunedin with his family in 1863, but died the next year.