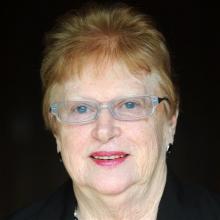 Jo Millar.
Any increase in the cost of  electricity to help pay for Aurora Energy’s infrastructure spending will be hard on the elderly, Grey Power Otago president Jo Millar says.

Her  comments come after Dunedin City Council-owned Aurora this week unveiled a massive $720 million programme to upgrade its ageing network, which covers Dunedin, much of Central Otago and the Queenstown Lakes area.

To help fund the plan, Aurora will go to the Commerce Commission and ask to increase the amount customers in its network area are charged, which  would be added to power bills if it is approved.

Mrs Millar said she was not only concerned about the price increase but also worried the council would put up rates to make up for the smaller profits Aurora was predicting until price increases started in 2020.

She said elderly people on fixed incomes often  struggled to pay their power bills and turned off heaters to save money at a cost to their health.

Even a price increase of a dollar a week would be a lot for older people on fixed incomes.

Grey Power had worked hard to improve the situation for older people by setting up its own power company called Grey Power Electricity and helping people insulate their homes.

Any power price increase would just erode the efforts it had made. Grey Power would be involved in any public consultation on the change but she was concerned the price increases were a foregone conclusion.

"I have grave doubts about this public consultation.

"To me that’s just a face-saving exercise because two-thirds of the time you go through the consultation process and find they have already made their decision anyway."

Richard Healey, who quit Delta last October over concerns the public were at risk from the state of Aurora’s network, said he was pleased Aurora  acknowledged more needed to be spent.

He believed the $720 million bill would continue to climb and consumers would be left to pay for years of underinvestment in the network.

Aurora Energy chief executive Grady Cameron did not respond to specific questions but said in a statement the Commerce Commission set pricing for electricity networks like Aurora Energy.

Any change to the default pricing could only occur with the Commerce Commission’s approval and after it completed an independent audit and consultation involving consumers.

Any price change would not come into effect until the next regulatory pricing period starting in April  2020.