Hanging out in Hollywood with Jack Black 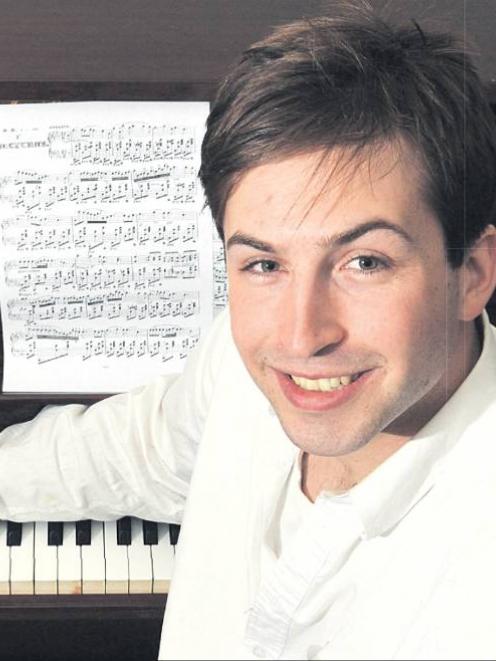 The former John McGlashan College pupil is settling back into Dunedin life after mixing with some of the biggest names in the music business.

The 23-year-old performed and helped arrange a single with actor and singer Jack Black for the latest album by Beck Hansen.

The pair performed We All Wear Cloaks at Beck's Song Reader Live concert in Los Angeles, on November 25.

Black then flew Dyas back to LA to record the song for Beck's latest album, Song Reader, in February.

''I hung out with him for about four months. I was pretty star-struck, at times.

''I'd be hanging out with Jack at restaurants and you'd get all these famous people coming up to say hi to him. It was like a dream, some times.

''I remember looking at [actress] Anne Hathaway and thinking she was just too beautiful,'' he said yesterday.

''It was a bit intimidating, because there were a lot of really big stars there. I had to get over being star-struck. But most of them were very ordinary. Fortunately, Jack is very natural and down to earth.''

The album was inspired by a volume of sheet music released by Beck in December 2012, in which he invited interpretation of the songs.

''Beck approached Jack, but his usual musical assistant, Kyle Gass, was not available, so Jack thought he'd give me a chance to help him write and play some songs,'' Dyas said.

''It was amazing, because I remember when the Beck Song Reader came out and I thought how cool it would be to be involved with it.

''I met Beck and he was very polite. He was a really quiet guy. Jack always did most of the talking.''

The families had a connection through their fathers, Jeff Dyas and Tom Black, who worked together in LA in the 1960s and 1970s. ''I met Jack in New Zealand in 2005, when he was starring in Peter Jackson's King Kong.

''I performed a piano concert for him and gave him a cassette tape with my music on it. When I came to LA he remembered me and was eager to meet.''

The pair also produced a song, Spoiler Alert, for the Anchorman 2 DVD.

''He said he enjoyed playing with me, because the piano gives him more texture to play with. He wants to do some more recording together in November, for his band, Tenacious D.''

''I got paid quite well for the Beck show and the recording, which was pretty cool.

''This has been a step in the right direction for me and, hopefully, a signal that I will eventually make a living doing what I like,'' Dyas said.

He is now back in Dunedin, studying commerce and working on documentary soundtracks.

''After my experiences in the music industry, I decided I would finish my commerce studies so I could have a hand in the business side of the music industry and a better chance to support myself in times of financial hardship,'' he said.

''But I hope to return to LA and pursue my musical dreams again. My dream is to work in film music.''

Dyas studied music composition under Anthony Richie and Peter Adams at the University of Otago, graduating in 2012.

He has performed widely around Otago and was official pianist at Michael Hill's The Hills golf course, in Queenstown, in 2007.