Harbour Cone in trust for future 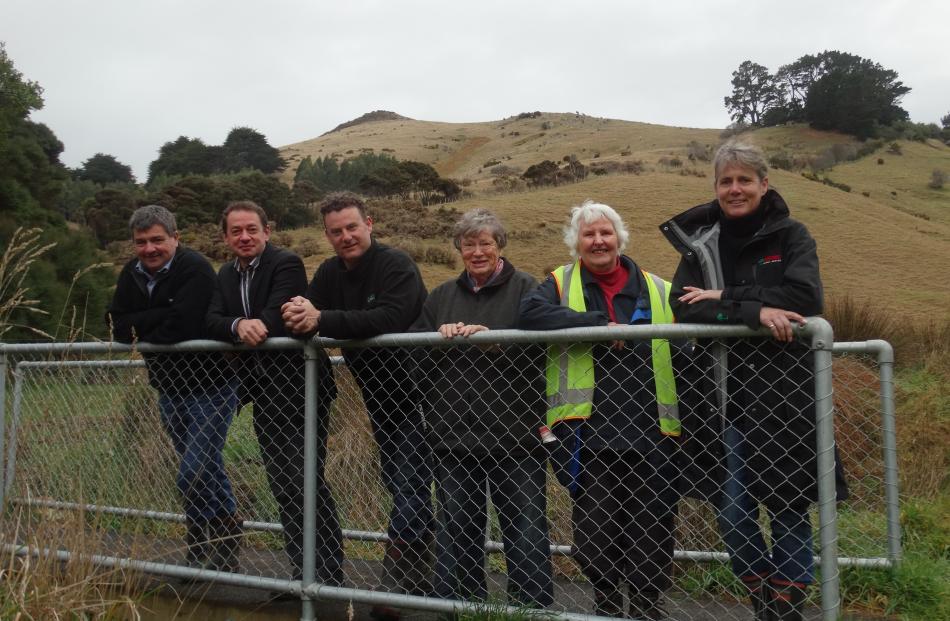 Hereweka Harbour Cone Charitable Trust members (from left) Mike Lord, Norcombe Barker, Paul Pope, Dr Jill Hamel, Lala Frazer and Fiona Harrison are excited to have the opportunity to care for and develop the historic and recreational value of the land....

The Hereweka-Harbour Cone block has ''huge potential'' as a recreational and heritage space for Dunedin, the members of the trust tasked with its management say.

The trustees are Lala Frazer (chairwoman), Fiona Harrison (secretary), Norcombe Barker (treasurer), Dr Jill Hamel, Paul Pope, Helen Davidson and Dunedin city councillors Neville Peat and Mike Lord. Most live in the area or have a special interest in it.

The land was bought by the DCC for $2.6 million in 2008, to protect its ecological, cultural, heritage and recreational values. Since then, there has been extensive community consultation over plans for managing the vast area, which extends from the Bacon St Track in Portobello, along Highcliff Rd, up to Larnach Castle, along to the other end of Camp Rd, and over to near Hoopers Inlet.

A significant part of the block is leased to a local farmer.

Trust chairwoman Lala Frazer said it was important to retain the farming landscape of the area because it reflected the early European history of not only Dunedin, but also New Zealand. ''The settlers came in, cut the bush and established dairy farms which later became sheep farms,'' Mrs Frazer said.

''The Hereweka-Harbour Cone area was divided into five-acre dairy farms, and there are still old farmsteads and lovely old walls remaining,'' she said.

The area around Smiths Creek, near Portobello, was also a historic picnic area, with local companies taking workers' families out by ferry and dray to enjoy company picnics.

''So, we are keen for it to remain as a picnic area for everyone to enjoy.''

Taskforce Green Workers and volunteers from the Save the Otago Peninsula (Stop) group were working on replanting native bush remnants close to the block's two catchments - Smiths Creek on the harbour side and Stuart's Creek on the ocean side - to help prevent erosion and enhance water quality, Mrs Frazer said.

Walking routes had already been marked out in the area and plans were under way for installing signage, she said.

Trustee Paul Pope, also deputy chairman of the Otago Peninsula Community Board, told The Star the Hereweka-Harbour Cone block ''has a huge potential for the peninsula and the city - particularly in terms of a recreational space and heritage use. And in the longer term, it will have immense value for landscape and biodiversity.''

Mr Lord said the area was a beautiful place to be and was already popular with walkers. A lot of volunteer work had already gone into the area and would continue as it was gradually developed as a recreation destination.

''It is important that we keep the farming landscape as it was historically on the Harbour Cone itself, while working to increase native plantings around the creeks,'' he said.

Mr Peat said the Hereweka-Harbour Cone Charitable Trust represented a new model for land management, which looked at all the values - farming, historic, landscape and ecology - associated with it.

The DCC supported the establishment of the Hereweka-Harbour Cone Charitable Trust with a $5000 grant and it will receive a small annual grant of about $500. The trust also receives the funds from the farm lease.