Harland quits after decade at helm 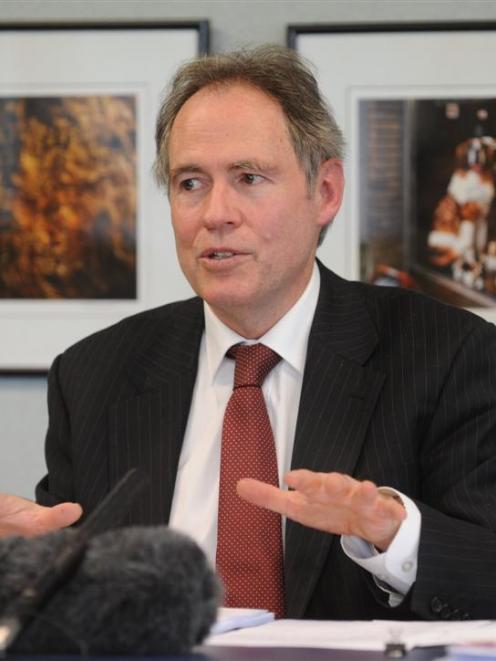 Jim Harland
The clean-out is complete at the top of the Dunedin City Council, with council chief executive Jim Harland yesterday announcing his decision to quit after more than a decade at the helm.

Mr Harland (56) confirmed his resignation in a joint statement with Mayor Dave Cull, and will leave his post in January next year.

He will take a new role as the New Zealand Transport Agency's southern regional director, dividing his time between Dunedin, Christchurch and Wellington, but would also remain a member of the council's Forsyth Barr Stadium project delivery team until its completion.

Mr Cull spoke about the need to rein in council costs, by finding new efficiencies from within the council, in the run-up to this month's local body elections.

However, Mr Harland denied Mr Cull's election had played any part in his decision to quit, or that the turnover at the top amounted to a clean-out, even though his contract was not due to expire until March 2012.

"No-one stays in a job forever, and it's about the right time to move for the right reasons," he said.

"You can't stay at the top forever."

He said he had not been looking for a new position, and would have been happy to continue working with Mr Cull, but the NZTA role was drawn to his attention while on a trip to China last month.

Mr Harland said he had planned to work for the council for a decade when he joined as chief executive in 2000, and had decided "the time is right" for a change after nearly 11 years in the role.

The decision left him with "mixed emotions", but he was confident the council was in a strong position, with a solid core of managers focused on finding new savings from within.

Mr Cull would not comment yesterday when asked if a new broom was sweeping through the council's Civic Centre offices, saying he had a "good, professional working relationship with Mr Harland" and criticism was "immaterial now".

Mr Harland had raised his resignation plans with Mr Cull last week, and it was "not necessarily" true Mr Cull wanted a shake-up at the top, he said.

As incoming mayor, he inherited a council structure including Mr Harland as chief executive, and had no "huge plan" to change that, Mr Cull said.

"Sooner or later, everyone moves on and I guess he's looked at the opportunities and the options and decided this was an appropriate time to make a change."

However, there was no doubt Mr Harland's departure would "leave a gap".

"Anyone who's been here for nearly 11 years will leave a gap. But, on the other hand, no-one's indispensable."

The recruitment process would begin immediately, with a recruitment company appointed and the role advertised as widely as required, he said.

It was hoped disruption could be kept to a minimum, although a new chief executive might not begin work until April, Mr Cull said.

One of the council's senior managers would work on a temporary basis as chief executive during the "interregnum".

Mr Harland said the work to reduce costs was already under way and "never stops", and he was looking forward to seeing through the "critical" completion of the stadium and the council's next budget.