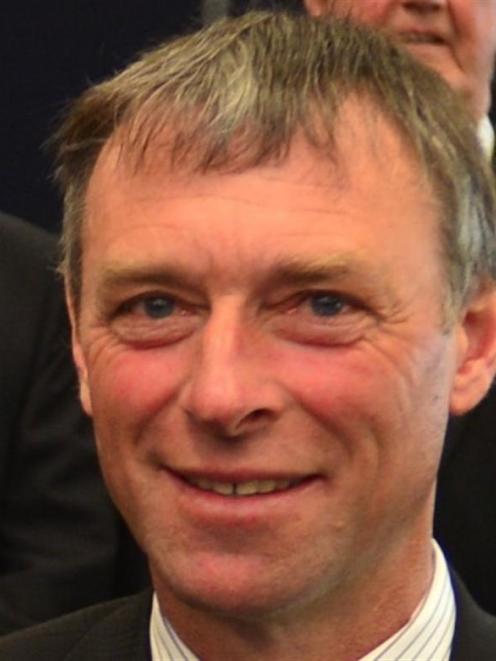 However, ORC chairman Stephen Woodhead fired a shot across the bow of Dunedin's City councillor Aaron Hawkins for prematurely revealing the move yesterday.

Cr Hawkins, in a message posted on Facebook, announced the ORC would meet next Wednesday to consider ''a proposal to formally offer governance of public transport to the Dunedin City Council''.

Contacted yesterday, Mr Woodhead would only confirm a paper on ''public transport governance options'' would be considered at the finance and corporate committee meeting.

The report would be considered in the public part of the meeting, but details remained under embargo until released on Monday, as required, he said.

When told Cr Hawkins - deputy chairman of the DCC's planning and regulatory committee - had posted details online, Mr Woodhead said: ''Has he just?'' ''That's an ORC discussion. That's not a discussion with the Dunedin City Council at this point.

''I'm disappointed a Dunedin city councillor is commenting on agenda items he has no say or input into.''

Cr Hawkins said when contacted it was ''public knowledge that conversation was happening and that work was being done''.

''As a result, it's one of the most frequently asked questions I get. All I was doing was reporting that meeting was happening.''

Mayor Dave Cull would not be drawn on the merits of his councillor's actions but agreed it was well known the councils were considering a possible change.

On the coming ORC committee meeting, he said ''we know what it's about, and we'll wait and see what the outcome is''.

Work towards a possible change was understood to include talks between staff from both councils, although a planned meeting of city and regional councillors - scheduled for late last month - had been delayed.

Then-DCC chief executive Paul Orders had confirmed in October last year work on a study being prepared by a consultant was close to completion.

The study would compare Dunedin's network with others in New Zealand and overseas and examine ways to improve the city's public transport network within existing funding levels.

It would also examine the costs, benefits and problems associated with a city council takeover of the network, as well as possible improvements. Mr Woodhead would not be drawn yesterday on whether the regional council was eager, willing or reluctant to relinquish responsibility for public transport.

''I'm not going to discuss any of the options. Let's wait until it comes off embargo and we actually have our meeting next week.''

However, he confirmed managers from both councils would meet soon to ''consider the decisions their respective councils have made''.

''It'll depend on those decisions as to how we progress into the future.''

Mr Cull said the DCC would have to consider a report on the options, and the merits of any change, but it was ''appropriate'' the ORC did so first.

Any change would be ''months, not weeks'' away, he said.

''It's appropriate that ORC considers it first and then, depending on what their conclusions are, we then can decide what we want to do.

''It wouldn't just be dumped on DCC at a council meeting for us to make a call. We'd clearly want council to look into it very carefully.''