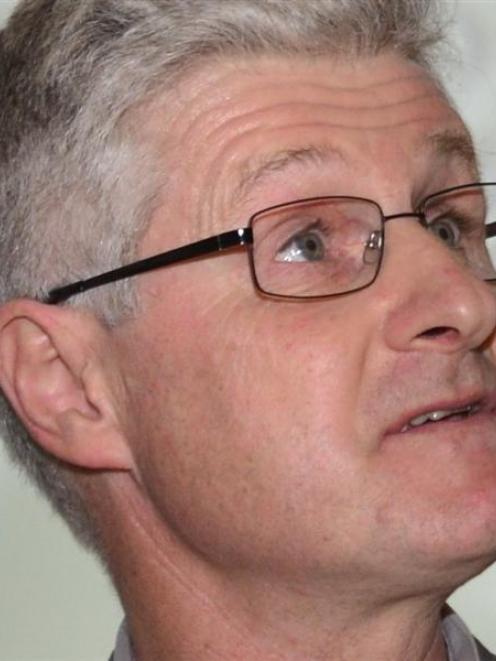 Peter Crampton.
The Southern District Health Board may be ''blindly following'' now-discarded overseas trends of centralising specialist services, the Dunedin School of Medicine (DSM) has warned.

The medical school says Dunedin Hospital and Southland Hospital could be promoted as teaching hospitals.

This would draw on local resources to solve local health problems, rather than relying increasingly on the bigger centres.

The medical school's commentary is an appendix of the University of Otago division of health sciences' submission on a controversial health plan before the SDHB.

The medical school expresses the situation rather more bluntly.

''As we set about pulling together various contributions to this response from across [the Dunedin School of Medicine], a consistent theme emerged - the view that a significant opportunity has been lost by the invisibility, within the plan, of the strategic, practical and collaborative relationship between DSM and SDHB,'' the appendix said.

The health board should involve the school in service planning, including areas deemed at risk of clinical or financial unsustainability, the school says.

Collaboration could have wider benefits.

''From our perspective, there is an opportunity to utilise our joint capacity to develop niche services to benefit wider New Zealand (i.e. genetic diagnosis, specific surgical techniques and specialised types of radiation therapy), and this should be further explored.''

Instead of drawing together resources of two institutions, the board risked following unsuccessful ideas from overseas.

''We are concerned that we may be blindly following trends of centralisation of services seen in the UK and USA without noting that they are currently decentralising again,'' the appendix said.

Suggestions more patients needing sub-specialty expertise would go elsewhere for it were concerning.

Lack of high speed internet in parts of the South could stymie telemedicine initiatives. Working with the school could help overcome the IT challenges.

''Due to the large geographic area, SDHB supports many isolated rural areas that have poor internet connectivity. This presents difficulties as we move towards a higher reliance on telemedicine to interact clinically closer to the communities in which the Southern population reside.''

The faculty of dentistry's appendix expressed concern over the plan's ''almost complete absence of comment'' about oral health.

Prof Crampton told the ODT health planning was highly complex for both the Southern District Health Board and more broadly the South Island, because of the number of remote communities.

He did not agree the board was at risk of ''blindly following'' failed overseas trends.

Prof Crampton supported the approach now taken to health planning in the South Island, as it regarded people equally, regardless of where they lived.

He was keen to emphasise the plan was a work in progress, the health board was consulting the community, and ''we want to contribute positively to that''.

The ''incredibly valuable'' strategic relationships with its tertiary partners had been ''under-emphasised'' by the health board in its new plan, he said.

Sentiments expressed in appendices reflected opinions of individuals within the schools, he said.

The submission documents were released by the health board under the Official Information Act.

Board members are to consider the southern strategic health plan on March 5 in Dunedin.