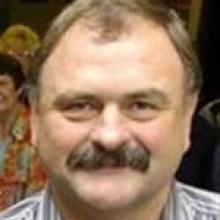 Richard Bunton
Health workers should, like police officers, by law not be allowed to strike as a way of settling pay claims, Otago District Health Board chief medical officer Richard Bunton says.

His comments follow the release on Wednesday of two investigations by Health and Disability Commissioner Ron Paterson into complaints against the board during the medical radiologists' strikes in 2006.

Mr Paterson said one case, that of a 50-year-old man with a brain abcess whose scan was delayed until his life was endangered, high-lighted the "incontrovertible fact that patient safety is jeopardised during strikes by health professionals".

[comment caption=Should health workers be allowed to strike as a way of settling pay claims?] The other case, involving 67-year-old Myra Corbishley who died before receiving a semi-urgent CT angiogram which was further delayed by the strike, was further evidence of the potential harm to which patients were inevitably exposed during strikes.

He called for the Health Minister to consider what action could be taken to ensure better protection of patients during strikes.

Mr Bunton said changing the system "has to happen" so that health service workers were covered by legislation, like police officers and not be allowed to strike.

He would expect the definition of health services to be fairly broad, covering any health work which was essential for delivering good patient care.

It would be a matter of "sitting down and working out a mechanism to settle salaries".

Mr Bunton said he accepted that his views would be controversial and would be met with an "interesting debate".

It was rubbish to suggest strikes did not affect patient care.

No matter what words or niceties were used to explain what happened during strikes, there was no way that staff could deliver the same level of care when the usual processes and checks and balances were not there, he said.

Mr Bunton said it was likely situations similar to those in Dunedin Hospital had occurred elsewhere.

If Mr Paterson, the watchdog of patient rights, was making a strong statement about the risks to patients during strikes, the Government was obliged to "have a damn good look at it".

It would involve going "down to an arbitrationist system", which he did not believe would be favoured by health workers.

Some perspective was needed about industrial action in the health sector.

While there was a perception health was riddled with strikes, that was not the case.

Mr Paterson was raising pertinent questions which should be considered by the health sector in general - not just the minister - but such consideration should not be a "knee-jerk" reaction, Mr Powell said.