Patrick Ng
The Southern District Health Board is preparing a strategic case to adopt "generalism"  at Dunedin Hospital.  Mike Houlahan  asks what generalism is, and what it might mean for patients and doctors.

The old phrase "jack of all trades" is usually a compliment; add on "master of none" and it is not.

The Southern District Health Board wants its doctors to be jacks of all trades, and is sufficiently confident they can master all the skills they need to meet the conditions of practice summed up by the term "generalism".

For that to happen though, a range of suspicions from both clinicians and patients will need to be overcome, and a sufficiently skilled range of physicians found — neither of which will be simple tasks.

Generalism is a recent trend in health management, and has been developed as a way of dealing both with trends within the medical profession and the changing nature of patients seen at hospitals.

Whereas once all hospital doctors were expected to be able to handle whatever ailed the patient in front of them — and in many small and rural hospitals that is still the case — major urban hospitals have experienced a rise in subspecialisation in medicine.

Younger doctors have increasingly chosen to focus on narrow areas of medicine, for both fiscal and professional reasons — excellence in a subspeciality is seen as being the ticket to a higher income and greater academic advancement.

While a worldwide phenomenon, subspecialisation has been identified by New Zealand research as being much more common here than in other countries.

Coinciding with this trend has been the arrival of the first cohort of the ageing population. Older people have always been primary users of hospitals and demographic trends mean for the next few decades there will be many more seeking medical help. 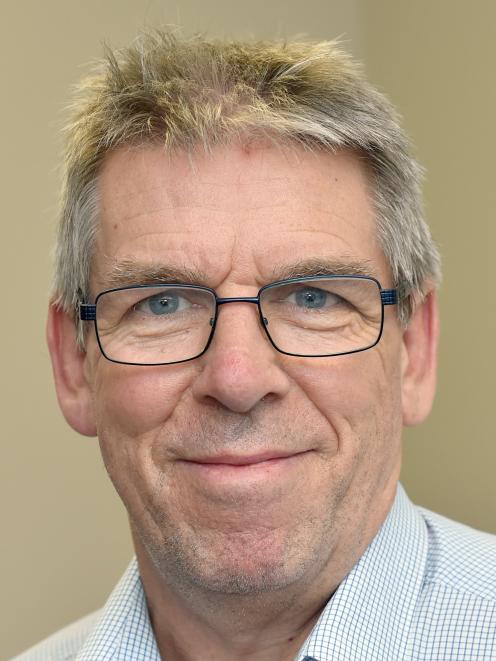 Nigel Millar
Crucially, older patients tend to arrive at hospital with a range of ailments rather than a single medical issue. Theoretically, a generalist doctor will be better equipped to identify and treat those multiple symptoms than a doctor whose area of medical expertise is narrow.

Research also shows the shorter time older people spend in hospital, the better their outcome, another incentive for faster treatment and discharge.

As with many things, there are arguments for and against.

Proponents say generalism — having more patients treated by general medicine teams rather than specialists — enables better management of the whole range of patient needs, fosters a team approach to healthcare, leads to shorter and better-planned stays in hospital and has economic benefits.

On the flipside, it is accepted that treatment of some acute conditions might not be as good, and that there could be a loss of some specialist knowledge.

The generalism debate is one of the first things on the newly elected SDHB’s agenda. Its final commissioners’ meeting was told that a strategic case for the change was in draft form, with economic and commercial considerations still to be debated.

Chief medical officer Nigel Millar said the SDHB was working through the mechanics of a change to generalism, in terms of how many doctors would be needed at the hospital, in what areas and with what managerial support.

"It is a complex exercise involving lots of people, lots of thought and lots of care," Dr Millar said.

"I am sure there will be ongoing discussions because when you are asking people to change the way they work, it always involves lots of time spent talking about that."

Generalism has been adopted by several DHBs; the SDHB already operates it at Southland Hospital and in the general medicine and older persons health departments at Dunedin Hospital.

It is also common overseas — the United States has a class of doctors called "hospitalists", whose specialty is general hospital medicine.

A report by SDHB specialist service executive director Patrick Ng said generalism was expected to speed up the time taken to assess, treat and discharge patients, which should also reduce the number of bed nights required by patients.

"Fundamentally, the financial case will be predicated on recruiting an additional four senior medical officers [SMOs] to create an additional two internal medicine teams, reconfiguration of the resident medical officer workforce and validation that we have an appropriate allied health workforce."

Additionally, and crucially, a switch to generalism would require a shuffling of services around the main hospital buildings.

At present, the hospital’s medical assessment unit is on the seventh floor, inconveniently and perplexingly some distance away from the emergency department (ED).

Like all hospital EDs, Dunedin’s is regularly swamped with patients and struggles to meet the Ministry of Health target that 95% of patients be admitted, discharged, or transferred from an ED within six hours.

Staff hope a shift to generalism and moving the assessment unit alongside emergency will combine to free up the ED to deal with truly urgent cases and result in better, more timely patient care.

"The timeframes associated with recruiting the additional SMO workforce, construction of the medical assessment unit and reshuffling on the wards need to be worked through carefully," Mr Ng said.

Lurking in the background of all this planning is the new Dunedin Hospital. Planners are right now debating what services will go where within the new complex, and adoption of a generalism model would influence those decisions.

Dr Millar said not every clinician agreed on a move to generalism, and some would be concerned over whether all the resources would be in place for the transition to succeed.

"If we put more people through general medicine we can’t expect that team to simply take on more work, so we need to reorganise ourselves and make sure they have got the right number of people to do it, and that will be a continuing debate.

"General medicine is the engine of the hospital and it, alongside general surgery, holds the whole thing together. Not having to prove yourself as having a certain ailment to gain access to services leads to a simplicity in the process and means the patient’s progression through the hospital is smooth.

"There shouldn’t be any standing around in the emergency department with doctors scratching their heads and wondering what service this patient should go to."

Almost all doctors already had the knowledge and skills for a generalist approach, but a move to generalism would require a change of focus on how the hospital created its system of care for patients, with a greater emphasis on teamwork throughout the hospital, Dr Millar said.

"Ideally, we will be able to marshal our resources so we have a clear plan of care and a discharge plan as soon as possible in a person’s stay and help them get back to their own home."