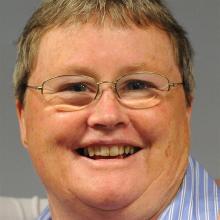 Lorraine Lobb.
Nurses are "devastated" by the proposed restructuring at the Southern District Health Board.

There would be fewer nurse management roles, and those who remained would have less say in decision-making, Mrs Lobb said.

"We’re quite devastated by this proposal.

"We’re all about safe staffing, [and that] requires nursing leadership," she said.

The proposal would see a net loss of 23 management positions.

It was unclear how many were nursing roles.

"There has definitely been a reduction," she said.

The new chief nursing and midwifery officer would have no control over budgets as their underlings would only report to them on professional matters, she said.

"When we’re at the front 24 hours a day, seven days a week, this is not what nursing needs at this time."

On operational matters, medical directors would report to the director of specialist services, rather than the chief medical officer.

Dr Chambers said he had some sympathy for the DHB’s view that some managers spent too much time on the road, and more site-specific roles were needed.

He said it was unsettling and distressing for affected staff. Dunedin North MP Dr David Clark said the proposed change was significant, and he believed it lacked a rationale.

"There’s no underlying explanation about how this is going to improve patient care."

In the document released this week, chief executive Chris Fleming said he wanted to reduce complexity in management, and make it more responsive in areas such as primary care.

The DHB will consider submissions before announcing the final structure in June.

"Many of the driving forces in health care require transformational change to our primary services — whether in mental health, or caring for our ageing population.

"We need to ensure we have the right structures to ensure a strong and integrated, whole-of-system approach to delivering care," Mr Fleming said in a statement released with the proposal.