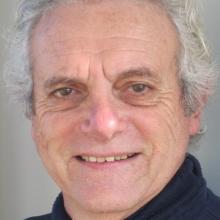 Peter Haddad.
Not telling patients sooner that they risked permanent sight loss from delayed hospital appointments was "grossly unethical", says an eye doctor who last year warned the board about the problem.

In response, the Southern District Health Board admitted yesterday it should have told patients earlier.

More than 4600 patients have been notified they are overdue for their ophthalmology appointment. In the past two years, 34 patients have lost part of their sight permanently, and that number is likely to increase.

The board has known about the problem since September 2014 when concerns were raised in Southland. In December last year, when the problem first became public, it said it was under control.

Tauranga ophthalmologist Dr Peter Haddad worked as a locum from March to May last year, and discovered  patients were waiting too long, and it was unsafe. When he returned to Southland in October for another stint, there was still a "huge backlog".

In June last year, he contacted then chief executive Carole Heatly, and the Health and Disability Commissioner about his concerns. Yesterday, he said the board should have handled things very differently.

"It’s unethical to run a department that is so far behind without notifying the patients at the time.

"Not just suddenly do it when it all blows up in your face, which is really what’s happened.

"You haven’t given [patients] the choice, so they don’t know there’s a problem and I think that’s grossly unethical."

Many patients would choose to pay for a private appointment if they knew the risk, he said.

"Those are two situations where the patient does not know that things are getting worse. They are totally unaware of it."

Dr Haddad said he was coming to Dunedin around March next year to work as a locum, and he hoped his decision to speak out would not affect that.

Boards were pushed to do more and more cataract cases, he said.

"The Government is totally obsessed with cataracts."

Interim chief executive Chris Fleming said the board should have told patients earlier.

"We apologise for not recommending patients explore other options sooner; we should have done so."

In Parliament, Dr Coleman cited the sacking of health board members in June 2015 in response to a question from Labour’s Annette King about the ophthalmology problem.

"The minister has nothing further to add to his comments," Dr Coleman’s spokeswoman told the ODT.

December 2015: National adverse events report shows cluster of four patients who lost part of their sight due to delays.

December 2015: SDHB says it has increased resources and taken other measures.

January 2016: Gore man Koby Brown speaks out in ODT about total sight loss in one eye.

October 2016: SDHB notifies more than 4600 patients who are overdue for eye appointments, and discloses a further 30 cases of sight loss ahead of the release of the 2016 adverse events report.

Unfortunately, when you hire a bunch of people whose primary focus is cutting the budget then ancillary functions such as people's health come a distant second. I truly feel sorry for the poor people made blind by the money-focused mob currently running the SDHB. I am amazed someone hasn't already started a class action against the SDHB.
I have real concern that as functions are removed from Dunedin as part of the restructure being driven by Government, Treasury and the fly-in mob, we will see even worse future outcomes. Treating the south's patients in Christchurch may save money, but it won't save lives.