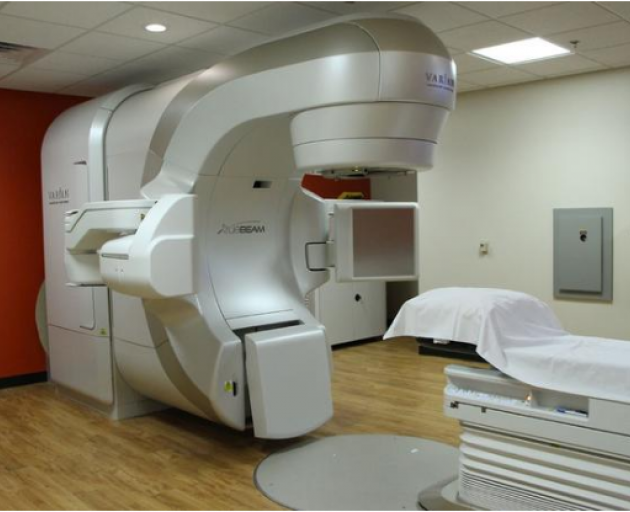 New Zealand is already dozens of oncologists short when it comes to matching Australian cancer care, a new report reveals. File photo
Cancer specialists are warning the country is at a "point of no return" for investing in more workers and better treatment.

The new forecasts show that to match Australia's level of care - which is well ahead of New Zealand's - the country would need 104 radiation oncologists now and 129 by 2031.

Dr Shaun Costello of Dunedin will present the forecasting model at the Royal Australian and New Zealand College of Radiologists' conference on Sunday.

"We've come to the point at which that if we don't act, there will be increasing patient distress and harm over the next few years," he said.

"I think we've reached the point of no return in New Zealand - we either invest or things are going to become extremely difficult for those patients who suffer from cancer."

The Health Ministry categorises radiation oncologists (ROs) as a "vulnerable workforce ... because of the magnitude of the shortage and the potential life-threatening impact of serious shortages", the study said.

Previous modelling was too inaccurate and inflexible, for instance, to adjust for changing government policies.

It uses a big database plus a survey of work life, to allow for many more factors, such as the complexity of cases to increasingly shift from "low to very high", and how much professional development and training should take place.

"The forecast numbers of ROs would be unable to meet demand for radiation therapy" even at current relatively low treatment levels, the study said.

"Around a double of the RO workforce would be needed to meet demand."

'Joy has gone out of job'

The model factored in that many radiation oncologists were aged over 50, wanted to reduce to part -time, or were actually burning out.

"When I started in New Zealand ... we worked reasonably long hours, but it was a five-day-a-week job," said Costello, 63, who works at Dunedin Hospital.

"And now, radiation oncology is a seven-day-a-week job."

Oncologists were averaging 50-55 hours a week, versus 41 hours in Australia, even as public hospital waiting lists kept growing, the study said.

"Much of the joy has gone out of the job," Costello said.

"The way we cope at the moment is that our discretionary time is lost - the time for medical education, for doing research is gradually eaten up with increasing clinical demands.

"And I think the other thing that's important is that the pressure on family is huge."

That is still a lot of money. Could salaries be cut?

Not in a global market, Costello said. The study added that globally there were "large deficits in the .... workforce and infrastructure, with more predicted for the future".

New Zealand has other problems, too: no public-funded fellowships for graduates to specialise, when Australia has plenty.

"You're losing radiation oncologists as we retire [or leave for Australia], but you're not being able to replace them with the training numbers."

Her workforce research underpins years of unsuccessful pressure from the radiologists' college on the government to at least double the annual graduate numbers, from just three a year now, and to fund fellowships.

"Unfortunately, we've had no joy," she said.

"Lots of parts of the medical world ... are desperately short.

"I guess our problem with cancer is that, you know, delays are very significant in cancer."

But the back-ups were short, too: Radiation therapist numbers have been stuck at around 230 for a decade while their workload is up a fifth, James said. The therapists are in the team that deliver the care under the oncologist's oversight.

The work environment suffers, she said.

"All of this sort of important stuff gets done. But ... in general, radiation oncologists have about an hour a week, at maximum, to do research," she said.

Costello was at pains to say the system "is broken, but it's not beyond fixing", though it was unfortunate the government's workforce boost on Monday did not mention radiation oncology.

It did include increasing radiologist trainee numbers by 15 in three years.

"I'm sort of hopeful that perhaps there is a mild confusion between radiologists and radiation oncologists, and that we can make a strong case for the same considerations," Costello said.

Any workforce reprieve would have to be accompanied by more machines, as linear accelerators were being updated, but the actual capacity had not been added to for a decade, Costello said.

"We are well short of the machinery we need.

"There's no point in training more people to drive the bus if there isn't a bus to drive."