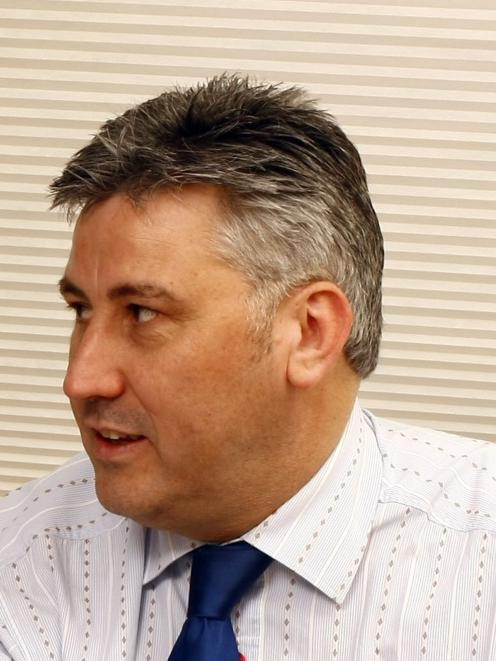 Barry Kloogh
The savings of dozens of people hang in the balance after the interim liquidation of two companies associated with Dunedin financial adviser Barry Kloogh, the founder of an affected investors group says.

Last week, the Financial Markets Authority successfully applied to the High Court for two companies of which Mr Kloogh served as a director, Financial Planning Ltd (FPL) and Impact Enterprises Ltd (IEL), to be placed in interim liquidation.

Mr Kloogh is being investigated by the Serious Fraud Office; no charges have been laid against him, but his status as an authorised financial adviser has been suspended by the authority.

The court-appointed interim liquidators will provide an initial report to the court within four weeks, and have written to investors promising an update within six weeks.

The two interim liquidators, like the founder of the investor group, are still unsure how many people might be affected by the liquidation of FPL and IEL, and how many millions of dollars might be at risk.

"There are some heart-breaking stories," the investor, who asked to remain anonymous, said.

"People who were close to retirement, people with all their money invested - there are some really sorry, awful cases, and you would hope they weren't actually true."

The Otago Daily Times is aware of about 20 individual potentially affected parties, and has also spoken to advocates who are acting for multiple investors.

Many families were enduring a nervous wait, the group founder said.

"We definitely don't have them all ... but we know of people Otago-wide, in the North Island and in Australia.

"I do [suspect how much money may be involved], but I would prefer not to say. Who knows?"

The interim liquidators' letter to investors said their appointment meant any funds held directly by IEL and FPL were now secured; it is understood some funds were held by a third party on trust and they could also be recoverable.

The investor said there was a lot of speculation and many rumours circulating, and one of the reasons they had set up the group was in the hope the authorities would provide people with more timely and certain information about the fate of their money.

"We want to reassure people through what will be a long process," the investor said.

"It's hard to have a normal life with all this going on.

"It was formed so the affected parties did not feel isolated and to offer support, and hopefully get someone to talk to us, although that hasn't really happened, although not for the want of trying," the investor said.

The SFO executed several search warrants relating to its investigation of Mr Kloogh on May 23, but has since said little about the case, saying that to do so could undermine the investigation.

The FMA said last week that it had sought the appointment of interim liquidators to maintain the assets of the companies, pending a final liquidation application.

The investor thought people were "bewildered" about what was happening.

"They want answers quickly but they are not going to get them quickly."