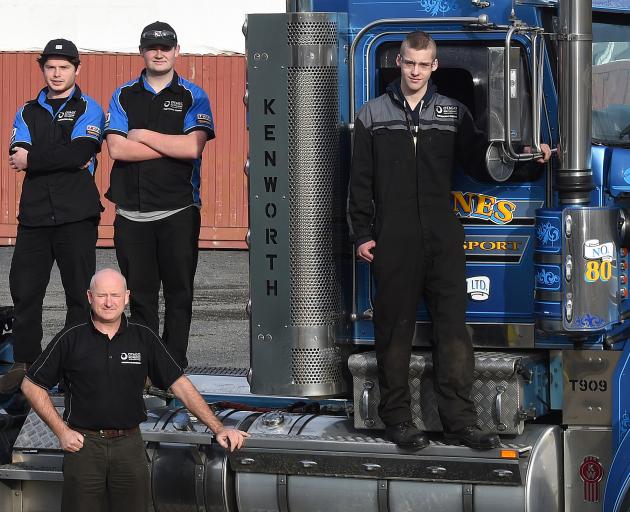 Road Freight Transport career pathways manager Steve Divers said there was a shortage of 2800 class 5 drivers - who can drive a vehicle train of 25 tonnes or more - across the country every year.

Otago Polytechnic has announced a level 4 certificate in heavy automotive engineering will be added next semester.

About 64 students are involved in the course this year.

Mr Divers said many companies did not even bother to advertise for heavy truck drivers, due to the shortage, which was prevalent during peak seasons.

''A key issue underpinning the shortage is the lack of young people with full car licences at the time they leave secondary education. We have been working with government to correct this, so more to come in this space.''

For heavy truck drivers, automotive engineering qualifications were complementary and allowed for a dual pathway into a career.

Skills obtained in heavy automotive engineering were adaptable to marine and rail industries, which historically were very apparent in Otago.

''Once upon a time, we would have relied upon Hillside workshops and the railways to produce new engineers. This, sadly, is no longer the case.''

The polytechnic was working with local businesses including Cooke Howlison Trucks, and Dynes Transport.