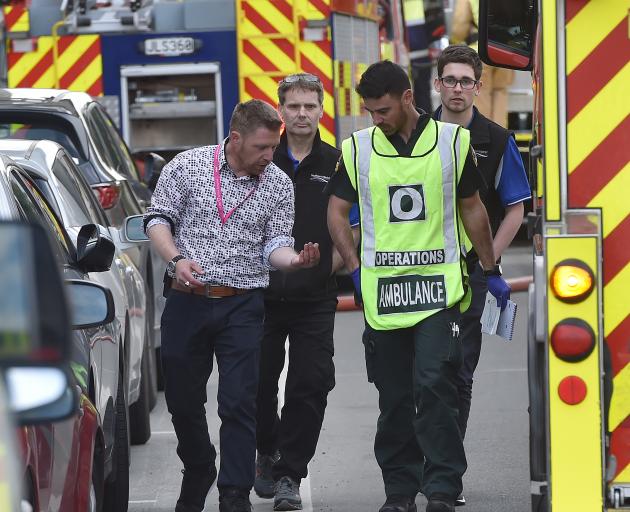 Photo: Gregor Richardson
Three Dunedin Hospital staff are about to be checked over by St John after a chemical spill at the site yesterday.

The spill, in a non-clinical area of the Children's Pavilion, caused minor problems inside the building but created major traffic issues during rush hour.

About 3.30pm yesterday two staff were involved in a spill of Rapicide, a disinfectant used to sterilise medical devices.

The Rapicide was moved to a hazardous waste area in the lower basement, but disposing of it resulted in the release of fumes, which sparked an evacuation of the area.

Southern District Health Board chief executive Chris Fleming said the two staff members involved with the spill and a colleague, who helped with the disposal of the chemical, were checked by St John staff and but did not need to be admitted to the emergency department.

Patients at Wakari Hospital had to wait for their dinners, the cordons and evacuations causing delays in transportation of their meals from Dunedin Hospital's kitchens.