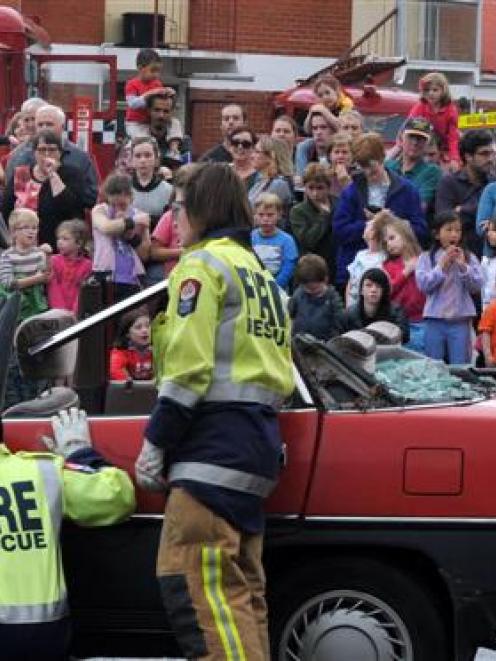 ''Normally, we go out to the public in the community to spread our message, so it's good, because with an event like this we've got people coming to us,'' acting station officer Michael Harrison said yesterday.

''But, if we get a [fire] call, we'll be clearing everyone out pretty quickly,'' he joked. Young and old flooded the fire station yard during the day, to see generations of Dunedin Fire Brigade appliances on display, from horse-drawn units to its futuristic-looking Daf hazmat command platform.

Firefighters showed their skills and techniques with ladder-climbing, firefighting and jaws-of-life demonstrations.

''I've been really happy with the numbers this week,'' he said yesterday.

''Architecture has been a great theme for this year's festival. We walk and drive past these historic buildings every day and it's really good for people to see them used as they're supposed to be.''