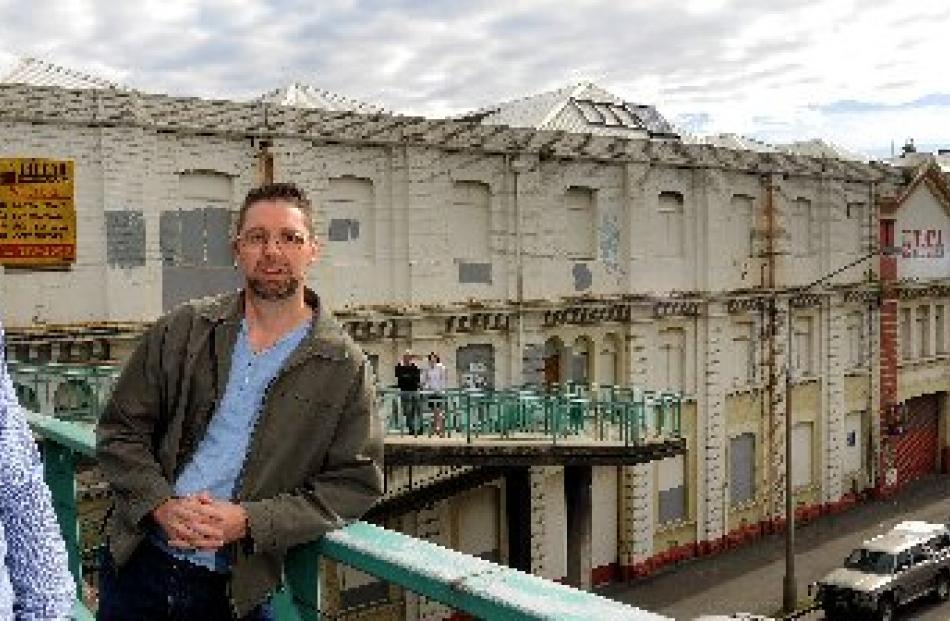 Private enterprise has swung in behind a multimillion-dollar Dunedin City Council plan to breathe new life into a city heritage precinct, in an alliance Mayor Dave Cull yesterday described as "perfect".

High-tech Dunedin-based company ADInstruments - which has 170 employees worldwide - is developing a heritage building in a prime city site targeted as a hub for creative businesses, cafes and bars.

The move will allow an expansion that will keep more than 40 highly skilled people in Dunedin.

The business began while its owner was at the University of Otago.

While it sounds like the vision of a council planner pitching the result of just about every strategy the city has had in place for the past decade, ADInstruments' purchase and planned upgrade of the Donald Reid warehouse between Vogel and Cumberland Sts is under way.

And it could be the spark that lights the Dunedin City Council's draft central city plan, which envisages the area as a vibrant hub of apartments, cafes, bars, restaurants, creative businesses and office space.

In terms of what the city was trying to achieve "this is perfect," Mayor Dave Cull said yesterday.

It was what the council had in mind when it announced its plan earlier this week to rearrange Dunedin's one-way street network to return to two-way streets - a plan with a $5.6 million price tag.

ADInstruments' project, which has been done with the council fully informed and providing rates relief and considering heritage fund allocation, is the work of co-owner Michael Macknight, with his brother, Stephen Macknight, who is dealing with the design.

Stephen Macknight has successfully redeveloped buildings including the Clarion Building, in Princes St, Dunedin, and Consultancy House, beside the Queens Garden.

He was, Mr Cull said, the perfect man for the job.

Its products were used at Oxford and Cambridge universities, as well as Otago, and a wide variety of public and private institutions around the world.

The company employed people in the United States, the United Kingdom and many other countries.

In Dunedin, it employed 42 people, both locals and people who had moved to attend university here, and stayed because of the lifestyle, and the opportunity to be employed by the company.

A lack of people between the ages of about 25 and 45 years living in Dunedin has bothered the council for some time.

Stephen Macknight said the company had "right from the start" discussed its plans with the council.

It had decided to purchase the Donald Reid building, in part because of the council's plans.

The idea of the council spending money on the area made sense, because it was a relatively small amount that would prompt businesses to spend more.

It was possible the New Zealand Transport Agency may help fund the council's plan.

Michael Macknight said the company planned to renovate the building.

"We want to create a nice, friendly office space for the staff.

"Not a flashy new thing, [but] something organic.

"It's an eyesore at the moment."

The ground floor would be used for car parking, the top floor for the company, leaving one floor to rent to a compatible company.

The plan suggested incremental steps towards improving the city centre, including investigating removing highway traffic from Crawford St and promoting a creative quarter around Queens Gardens.

There had been criticism of the idea, Mr Cull said, but critics considered only traffic, not the possibility of connecting the area to the rest of the city.

The project had already received rates relief of 75% off the general rate for the building.

Mr Hazelton said he was expecting an application for a grant from the council's $82,000 heritage fund.

As with any large heritage project, council staff would work closely with the applicants on resource and building consent issues.