By Adrian Seconi
0 Comments
Palmerston must have been awfully quiet last night.

About 100 residents abandoned the town for the evening and set up camp at the Dunedin Airport to welcome home their world champion.

But the recently crowned women's motocross world champion conceded she was on the verge during an emotional haka from pupils from East Otago High School - her old school.

"I was born and raised here and to see all those people support me and welcome me home is definitely overwhelming," she said. 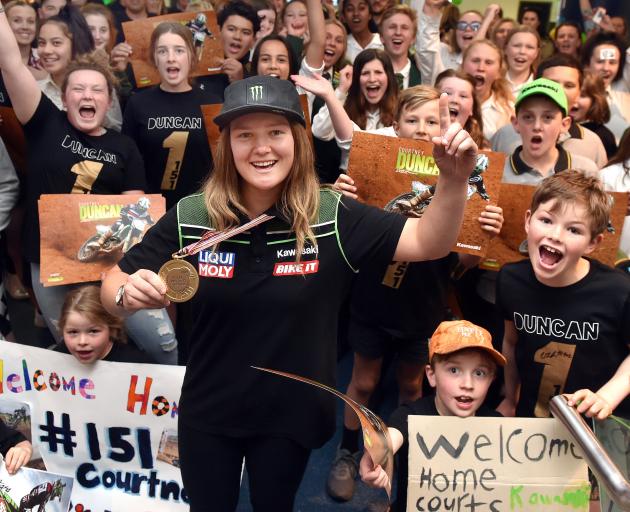 She  won nine of the 10 races and claimed the title with a race to spare.

Sounds easy, right? Well, it does until you hear her back story.

The 23-year-old has been the fastest rider on the circuit since her debut in 2016.

But luck was definitely not riding pillion. Her rookie season was derailed by a collision with a wandering photographer.

She was robbed of a shot at glory the following year by a controversial jury decision.

And last year she was forced to pull out with an injury when she had a huge lead in the series and could have all but coasted to victory.

"This is my fourth year and each time previously I'd arrived home with disappointments.

"In a roundabout way I felt I had failed in the past because I had set a goal for myself and that was to win.

"I fell short each time but not this year.

"We brought it home."

Yep. This year Courtney Duncan got to sign people's T-shirts with her name and a big golden No1 on them.

Her mother, Linda Duncan, was there to greet her daughter. Linda still struggles to watch Courtney's races.

She gets too nervous and knows more than anybody how much it means to her daughter.

"It took its toll on her [those first three years]. And that is what I'd admire. She dug in until she got what she wanted."

Duncan started racing the boys when she was about 7 and was barely a teenager when she decided she wanted to be world champion one day.

And guess what - she wants to do it again. 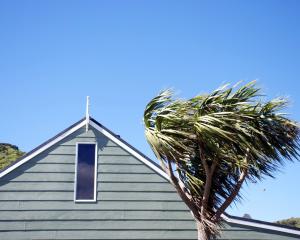 Fire restrictions due to wild weather