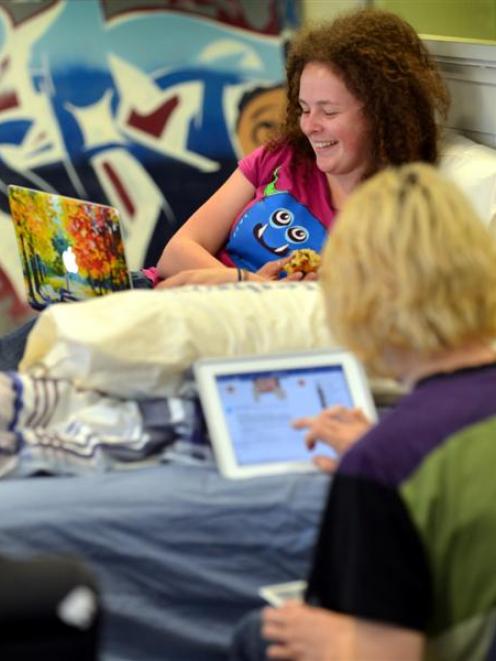 The figures from competition organiser Chorus showed Dunedin 0.3% behind, but volunteer Heidi McQuillan said Facebook postings took time to count, and an ''amazing surge'' at the last minute may have done the trick.

The competition was launched on October 2013 with 50 cities and towns across New Zealand competing to become the country's first ''Gigatown''.

That would mean access to much faster internet speeds - one gigabit per second internet connection - at the price normally paid for entry level broadband.

Dunedin City Council chief executive Sue Bidrose has said of the competition: ''I can't think of another single thing that would make as big a difference to the Dunedin economy as winning this.''

The social media component of the competition, including quiz and supporter sign-ups, ended at noon yesterday.

The Gigatown, Dunedin, office in George St, set up with Dunedin City Council funding, was full of people frantically using social media just before noon, as phase four of the five-phase competition closed.

Ms McQuillan said Dunedin's bid had 142,292 comments posted on the city's competition Facebook page between 10.20am and noon, bringing the total for the day to 211,639.

The previous record for Facebook comments in one day was 23,000.

All towns and cities would find their score drop once postings were checked for eligibility and spamming, she said.

''By the way the scoreboard was moving in the last half hour of the competition, I would say that there is still a very good chance that Dunedin could win the social media share section of the Gigatown competition.''

Mr Jenkins said even if the city did come second in the social media phase, the second place-getter got 24 million points, compared with 30 million points for first.

He said voting on the final stage - in which Dunedin puts together a ''plan for success'' for if it wins the event - begins on November 19.

Voting for that stage ends on November 24, with the winner announced two days later.