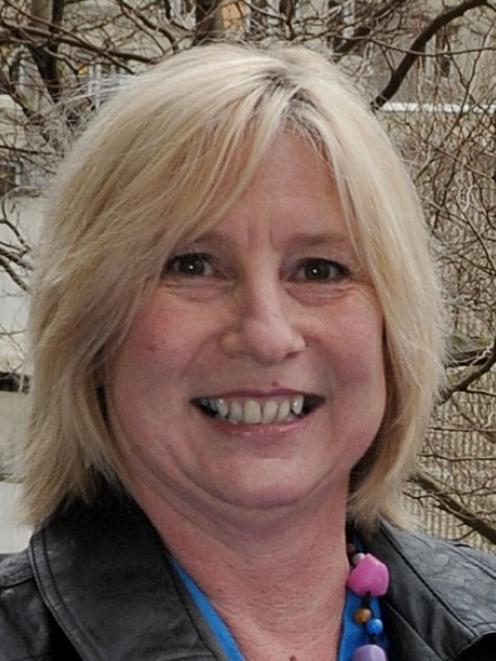 Glenda Alexander
Campaigners for the retention of neurosurgery services in Dunedin are hoping for a good turnout at this evening's public meeting in the Dunedin Town Hall to be attended by the panel looking into the future of the service.

One of the organisers of the Keep Neurosurgery in Dunedin Facebook site, Associate Prof Samuel Mann, said it would be embarrassing if the hall was half full, but given the level of support for the campaign he hoped that was unlikely.

At the scheduled hour-long meeting, which starts at 5.30pm, to be chaired by Otago Daily Times editor Murray Kirkness, Prof Mann will give a brief overview of the community concerns, followed by panel chairwoman Anne Kolbe speaking about the panel's work, before the meeting is opened up to the floor.

Prof Mann said some former neurosurgery patients had indicated they wished to tell their stories to the panel and the meeting.

New Zealand Nurses Organisation industrial adviser Glenda Alexander said while she had some reservations about the public meeting concept and its timing was not family friendly, it was still an opportunity for people to let the panel know what they thought.

Ms Alexander said she would be having "two bites at the cherry" as she would also be attending the similar public meeting to be held in Invercargill at Stadium Southland on Thursday at 2pm.

Before that meeting the panel will have another public outing when members attend the early part of the Southern District Health Board's monthly meeting in Invercargill.

Ms Alexander said she had hoped there might be an opportunity for a process similar to parliamentary select committees where people could speak to a submission, but she hoped the panel would still get the message about the importance of retaining the service in Dunedin.

The panel, which also includes consumer advocate David Russell and Adelaide neurosurgeon Glenn McCulloch, was set up by the former director-general of health, Stephen McKernan, after he was asked to step in to the dispute over the future of the services.

South Island district health boards have agreed there should be a regional service staffed by six neurosurgeons, but the Southern District Health Board does not agree with the view of the other boards that neurosurgery should be confined to the Christchurch site.

The panel is spending two days in Dunedin this week.

Tomorrow, it will hear from southern mayors, a variety of health specialties and staff from hospital wards, district health board management and the University of Otago.

It will spend Wednesday in Christchurch before travelling to Invercargill.

An earlier public meeting organised at short notice by Dunedin Mayor Peter Chin was attended by about 1000 people.

Other activity in the campaign, which has been backed by the Otago Daily Times and the Southland Times, included a march attracting more than 8000 people, more than 44,0000 signatures on petitions delivered to parliamentarians last week, and thousands of emails and letters to Health Minister Tony Ryall, the Ministry of Health and other elected representatives.