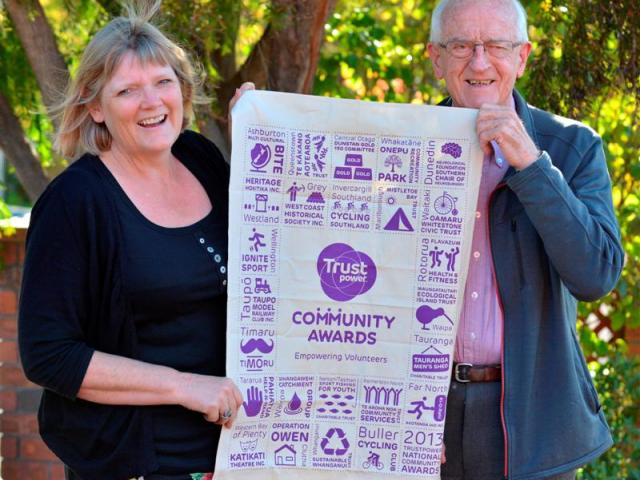 The South's success in raising $3 million to save neurosurgical services at Dunedin Hospital has been recognised at the TrustPower National Community Awards, in Invercargill.

A communication void exists between the Southern District Health Board and GPs because a key liaison role remains unfilled, a Dunedin GP says.

An alliance with Wellington's neurosurgery department might be needed to ensure the future of the South Island neurosurgical service through providing a big enough population base for sub-specialisation, former governance board chairman Prof Andrew Kaye says in the service's annual report.
American neurosurgeon Deepa Soni has returned to Dunedin Hospital as a locum while one of the permanent neurosurgeons gains vocational registration in Christchurch.

The success of the campaign to keep neurosurgery in Otago and Southland was demonstrated last night with a celebration to welcome Dunedin's new neurosurgeons.

The future of the southern neurosurgery service is now assured, with the announcement $3 million has been raised for the Chair in Neurosurgery at the University of Otago in Dunedin.
Wow. What an achievement. The communities of Otago and Southland can collectively pat themselves on the back for raising $3 million for neurosurgery. What might easily have seemed an overly ambitious target has been reached.

Heather Maxwell (82) holds a copy of her 1980 book Balclutha to Molyneux Bay, which is to be reprinted as a fundraiser for the southern neurosurgery campaign.

Dunedin Mayor Dave Cull might not have been near a racecourse in 40 years but it did not show when he raised his hand in triumph as he sped around Forbury Park racetrack during a celebrity dual-sulky race last night.

The musical director of a charity concert in Invercargill yesterday has described the response from audience and musicians as "excellent".

Association vice-president Eric Lim, who is also the show's producer, was proud of the efforts of the more than 100 cast and crew in mounting the show, in aid of the Neurological Foundation Chair of Neurosurgery fundraising campaign.

Scenes from the Autospectacular show of classic cars at the Edgar Centre in Dunedin on Saturday.

It is "very humbling" starting work as a neurosurgeon in Dunedin on the back of the huge public campaign to save the specialty, newly arrived English neurosurgeon Reuben Johnson says.
More than $16,000 was raised for the Dunedin neurosurgery campaign in Arrowtown on Saturday night, making it the largest fundraiser for the cause in the Queenstown area.

The $3 million campaign for the Chair of Neurosurgery was given a $1500 boost from South Otago yesterday.

A two-month delay by the Southern District Health Board in reviewing what went wrong when a young man in a critical condition was assumed to be intoxicated has not surprised his mother.
The organisers of a campaign to ensure Dunedin has world-class neurosurgery research and teaching staff are rapidly approaching their $3 million target.

The neurosurgery fundraising campaign has hit the $2 million mark, with less than a third of the total target still to raise.