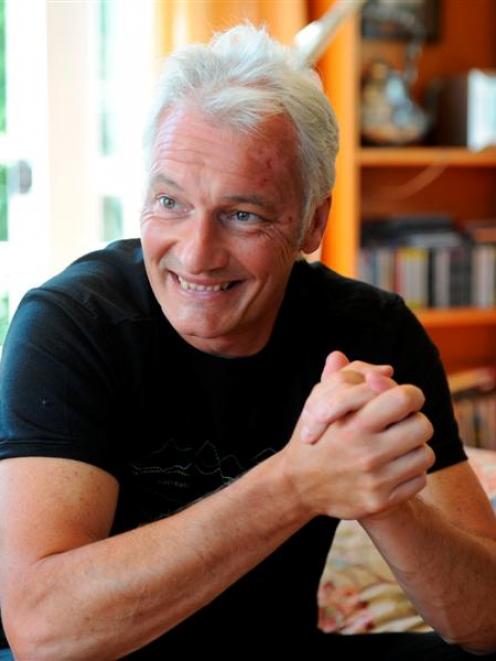 Prof De Ridder (46) will lead the southern node of South Island neurosurgery, which to sustain three neurosurgeons is complemented by a new University of Otago research unit.

He is pleased he did not know the political background to the situation when he applied for the job, as it might have coloured his perceptions.

He is grateful for the ''exceptional'' public fundraising effort to endow the Chair in Neurosurgery, to which he is the inaugural professor. Such an effort was only possible in a country still ''young at heart'', and would never happen in Belgium, he believed.

He starts work tomorrow at Dunedin Hospital, where the university research unit will be sited. A priority was integrating the Dunedin and Christchurch clinical nodes, establishing each centre's areas of sub-specialisation. This involved many practical matters, like how to manage the liaison between different specialties necessary for many neurosurgery procedures. He is aware of the history of tension between the two centres culminating in the appointment of the expert neurosurgery panel in 2010.

''I don't carry any history with me in regards to the friction that might have existed between Christchurch and Dunedin.

''Coming from a country where these frictions exist all the time makes it not abnormal for me to be thrown in such a situation.''

In Belgium, he was used to navigating the cultural differences between the Flemish and the French, in both family life, and at work.

''Part of my family come from the French-speaking part. We never fight - we get along very well.''

That part of his training was with Christchurch neurosurgeon Ronald Boet, in South Africa in the 1990s, also helped.

He is interested in the burgeoning field of neuromodulation, which involves using electrical or magnetic stimulus to change brain activity. His work included a recent experiment to treat alcoholism by implanting an electrode in the brain. He has also used electrodes to treat tinnitus.

While it sounded controversial, neuromodulation techniques were less likely to change a person's personality traits than pharmaceutical drugs, because they were tightly focused.

Pharmaceutical companies had largely lost interest in the area, after spending a lot of money to find a new generation of brain drugs, without success, he said.

As a clinical researcher, he was driven by the needs of the local population, rather than starting with the problem and finding research subjects. He hopes the research unit forges close links with neuroscience, a particularly strong field in Dunedin.

It will take some time to get research under way, and he wants to further consult fellow neurosurgeons Ahmad Taha and Reuben Johnson before deciding on any projects.

Another research interest was establishing the basis for belief in a deity. While science could not prove or disprove the existence of God, it could show why belief was a common human trait.

''It is very possible that a God perception is a phantom perception, just like you can have phantom pain and phantom sound which has the advantage of explaining why it is so common.''

The family arrived earlier this month, and sons Maarten (11) and Stijn (13) started school this week. His wife Karin Ongena, a general surgeon, planned to work as well, but only once their sons were settled in. His brother, a paediatric orthopaedic surgeon, lives in Wellington.

Prof De Ridder had been on the neurosurgical staff of Antwerp University Hospital since 2000.